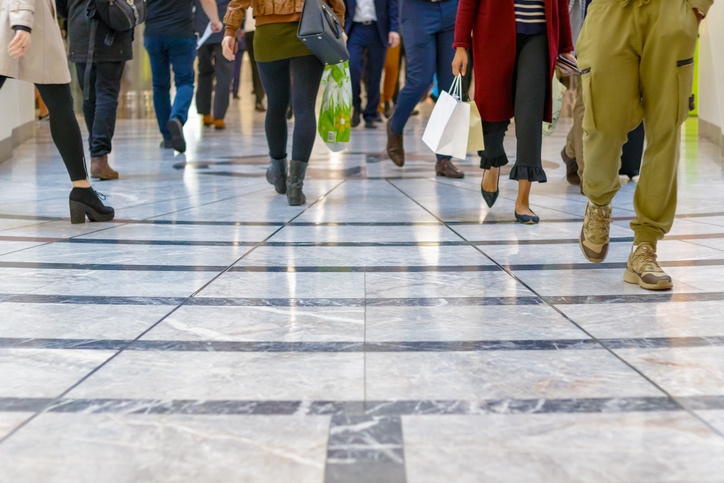 If large shopping malls are today’s medieval cathedrals then other aspects of contemporary urban architecture also appear to draw from the dark ages.

We might not yet have trebuchets defending the local shopping centre, but the failings of town planning that make streets so hostile for cyclists now extend to the pedestrian realm. So-called defensive or ‘hostile’ architecture deliberately makes places unwelcome for particular groups. An extreme example might be spikes or rocks to stop folk lying down, pronounced paving to dissuade people from walking in a particular area or metal features on walls and sills to prevent sitting or skateboarding. A more subtle approach might be an absence of seating to prevent loitering and encourage more shopping.

Sarah Ross is an artist who has sought to highlight the dystopian nature of hostile architecture by designing archisuits – clothing that allows the wearer to overcome the worst that defensie design can throw at it. 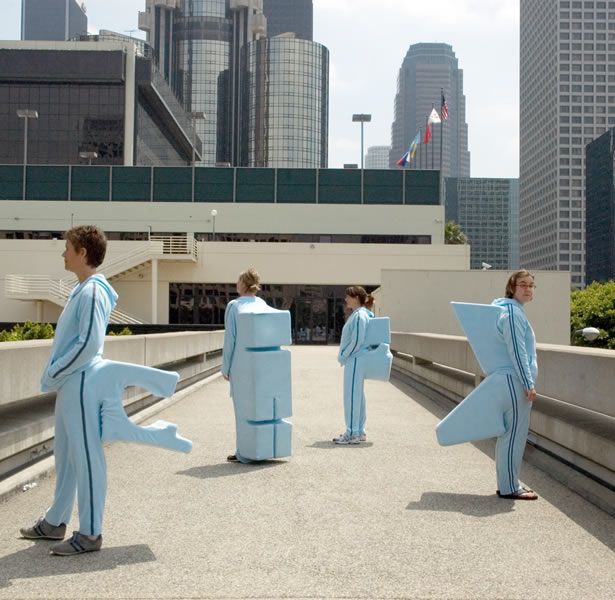 “Archisuit consists of an edition of four leisure jogging suits made for specific architectural structures in Los Angeles. The suits include the negative space of the structures and allow a wearer to fit into, or onto, structures designed to deny them. The project points at architecture as an arm of the law, a form that uses the built environment to police and control raced, classed and gendered bodies. Archisuits suggest a wearer might resist by not only being present but being present comfortably, leisurely” explains Ross. 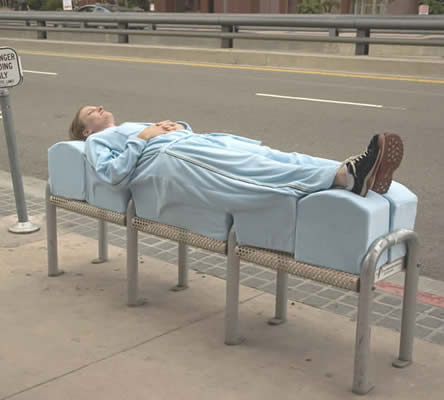 Hostile architecture is now a global phenomenon. Here in Britain, there’s a company selling the Mosquito, a device designed  so that buildings can emit an unbearably high-pitched sound only kids can hear.

Britain’s first children’s commissioner, Sir Al Aynsley-Green, described the device as “an ultrasonic weapon designed to stop kids gathering,”  before adding that Britain was “one of the most child unfriendly countries in the world,” he said in 2010. The Mosquito is symptomatic of the way our cities are evolving to leave behind the most vulnerable.

We treat kids like pests, but the real plague is our refusal to design cities in favour of people. Today’s increasingly homogenised urban areas favour cars and commerce over kids. Even pedestrianised areas are devoid of the public seating, loos and trees that encourage people to stop, talk and play. Pedestrianised areas are more likely to be windy corridors designed to corral shoppers to towards their next purchase. 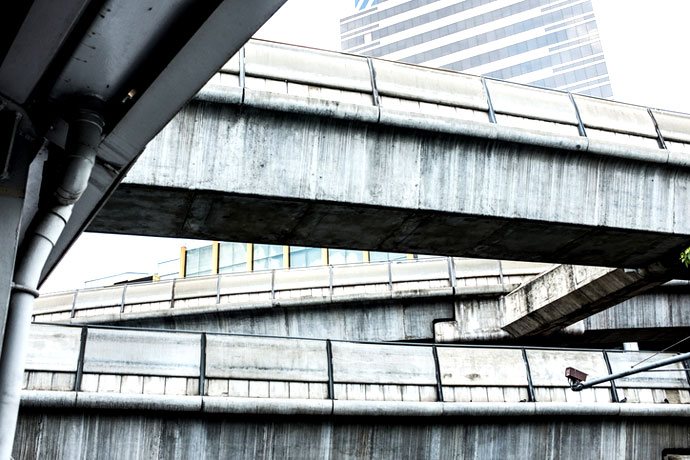 Creating a city that nurtures children instead of literally treating them like a pest is about more than provision of play areas. The air pollution and road danger caused by motorised traffic has a disproportionate effect on children. Furthermore, transport is now responsible for more greenhouse gas emissions than any other source in the UK; our children will reap the effects of climate change to a greater extent than older generations.

Whether it’s hostile town planning making streets a misery for cyclists or pedestrians confronted by medieval style defensive architecture, with so many of us destined to spend our lives in the cities of the future, it’s time to put people first.