With the prospect of foreign holidays this summer as uncertain as ever, there has been a surge in demand for domestic breaks. Holiday lets and campsites are overwhelmed with bookings there’s a roaring trade in motorhomes and caravans. Might the bicycle caravan about to have its day? In an age preoccupied with speed and gizmos, their snail-like pace and diminutive size isn’t for everyone, but travel is always more rewarding in the slow lane.

We’re such fans of the bicycle caravan concept here at the ETA that we built our own. Our QTvan might not have a bath like the Tricycle House, but it’s the ideal accessory for cyclists who demand luxury on their camping trips. The QTvan is a fully-equipped, single-berth caravan designed to be towed by a bicycle. It’s so small that it hods the Guinness World Record for smallest caravan. 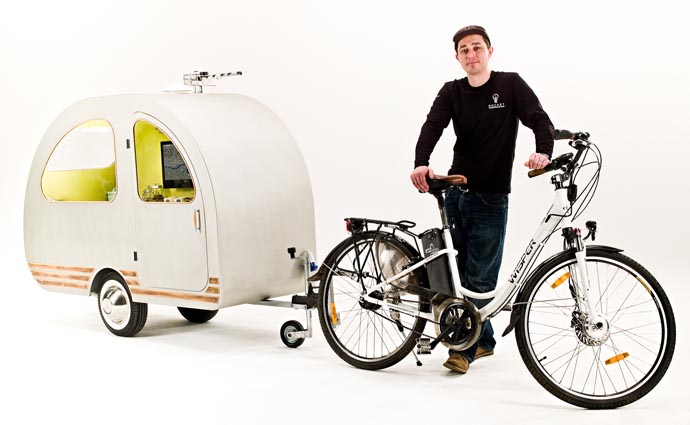 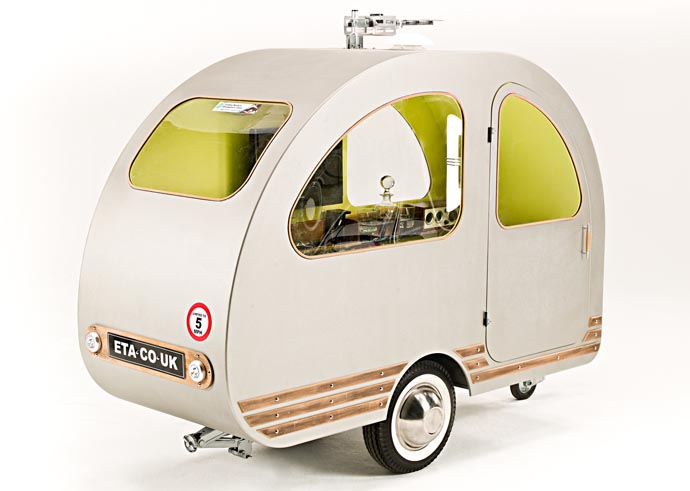 We’re not the only ones who think small is beautiful. DIY engineer extraordinaire, Paul Elkin, built the nomad as a lightweight, cheap, insulated bicycle camper to be used for year-round slow touring in comfort or a mobile shelter for the homeless. 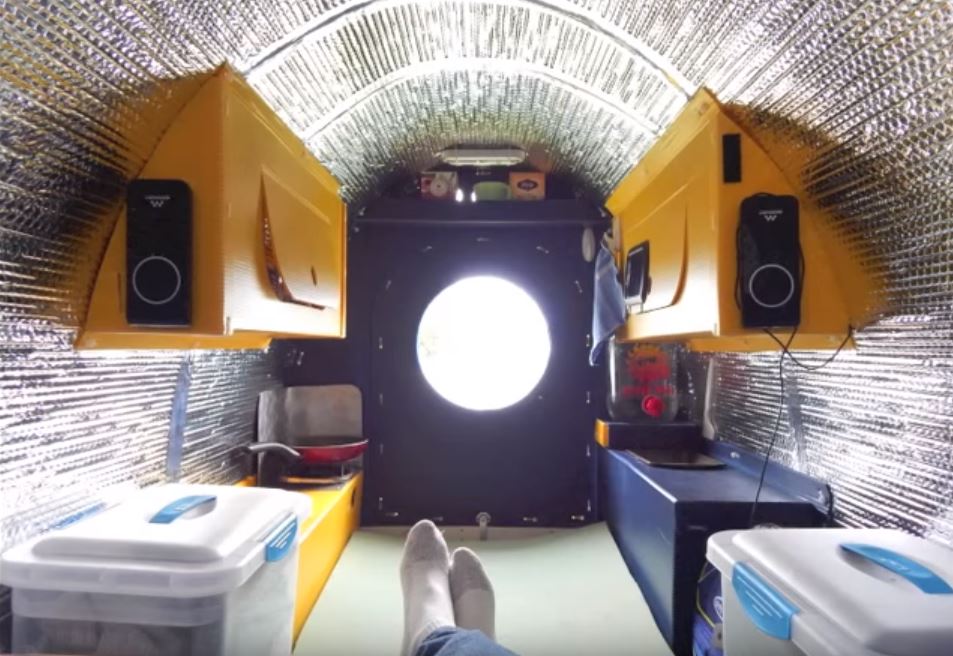 The entire caravan is built from recycled materials – the body and all interior fittings are made from discarded political campaign banners (the same material that estate agents here in Britain use for the ‘for sale’ boards).

RCA graduate Daniel Durnin built the vessel below as way of taking a sustainable micro break without venturing too far afield. An escape from the stresses of city life, the Water Bed is an amphibious caravan that encourages users to reconnect with the city’s waterways and wildlife.

The Water Bed is constructed from marine plywood and a lightweight aluminum frame, which supports two bicycle wheels for towing. 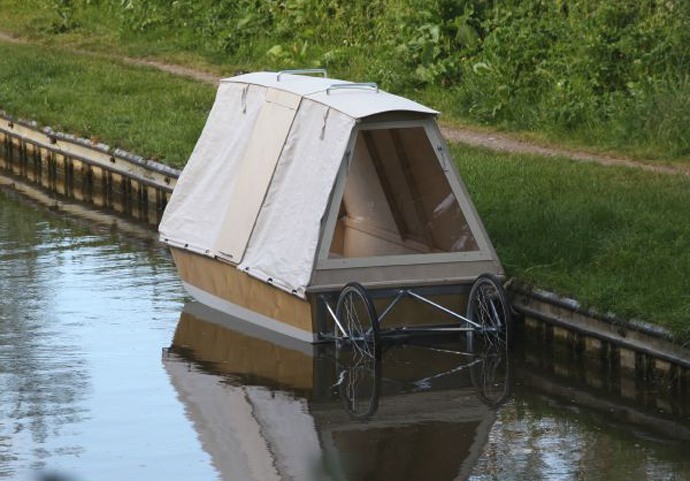 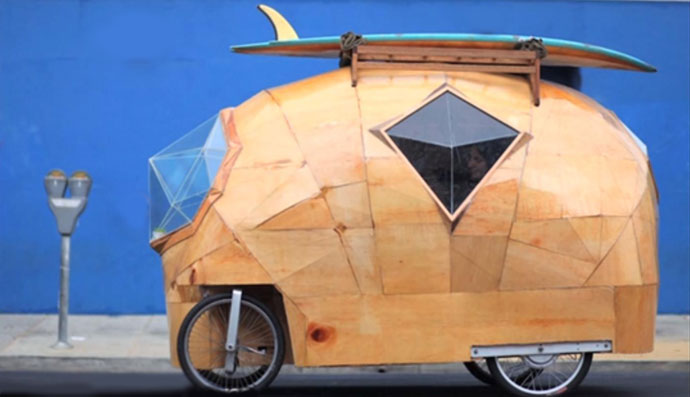 The steep hills around his home town of San Francisco meant he soon upgraded to a small electric motor with a range of 10 miles and a top speed of 20 mph, but the Golden Gate rightfully deserves its place in our cycle camper hall of fame.

The American artist Kevin Cyr is best-known for the camper bike he built in 2008. It was conceived as a standalone piece and the subject of a series of paintings. 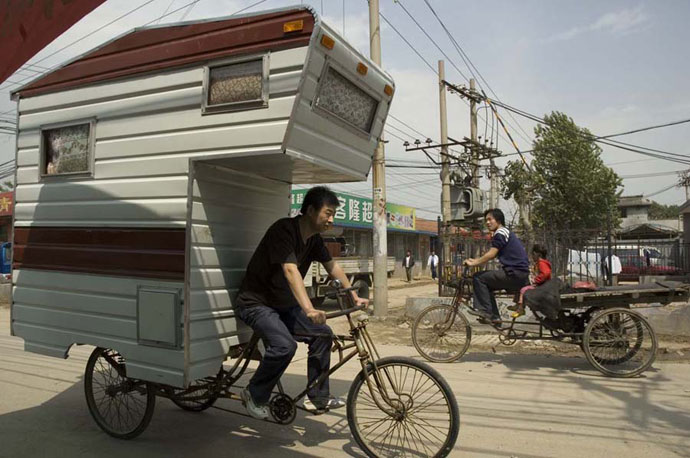 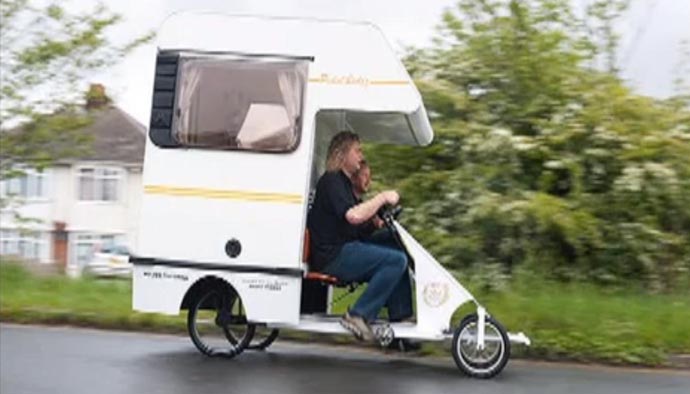 The Tricycle House is pedal-powered recreational vehicle (RV) similar to the Cramper Van, but offers even more comfort as it boasts its own bath and shower. 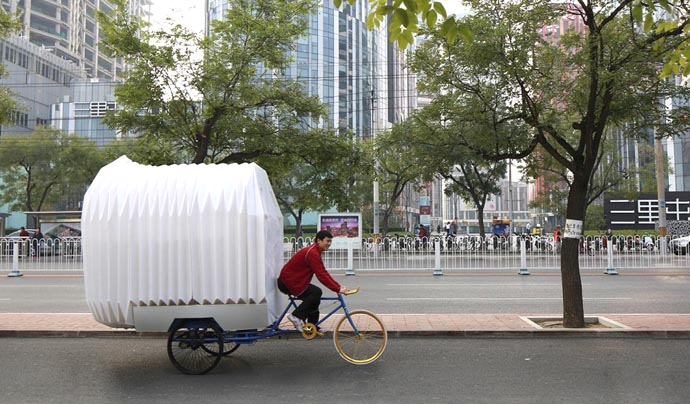 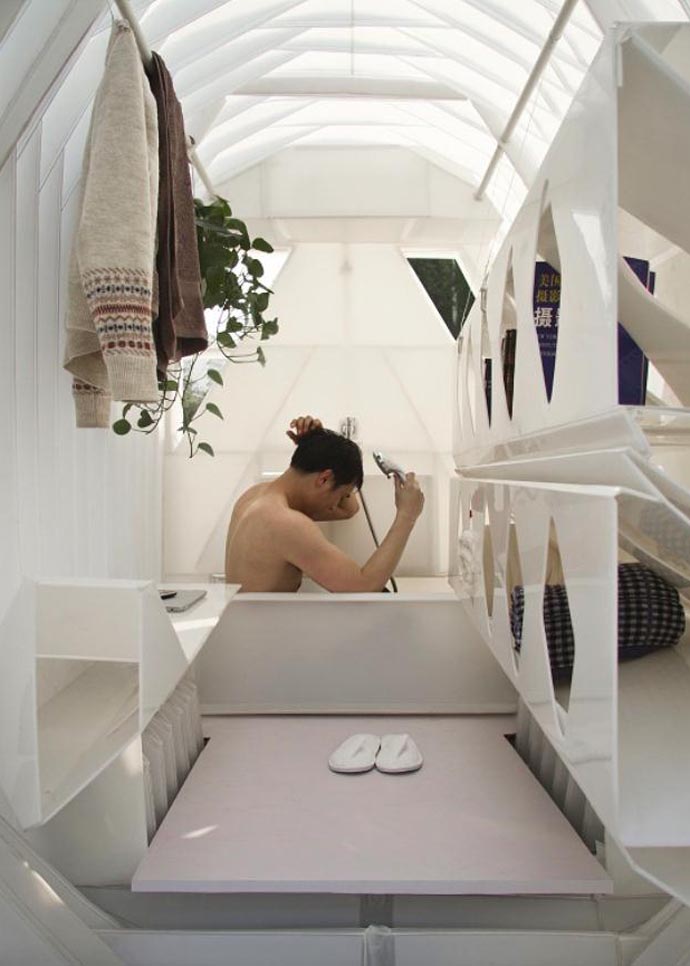 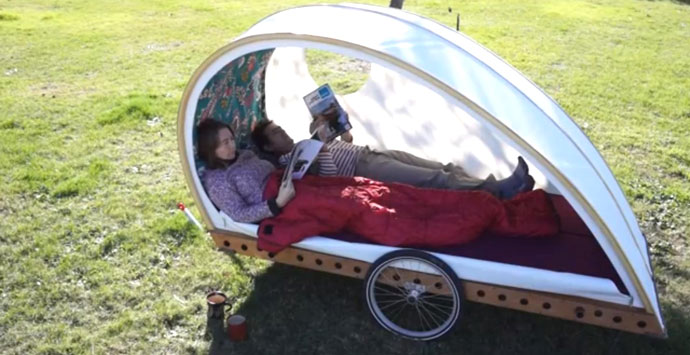 Cycle insurance from the ETA offers a comprehensive level of cover at a competitive price.  We never devalue your bike or charge extra for things like third party liability, personal accident or friends and family cover. On top of that, we have a sympathetic policy on storage in sheds and garages.

For over 30 years we have been providing straightforward, affordable bicycle insurance and we are judged by The Good Shopping Guide to be Britain’s most ethical provider.