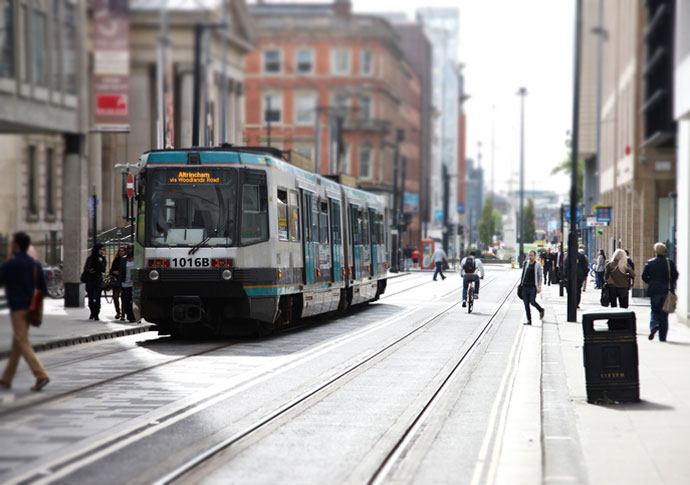 Manchester this week unveiled plans for Beelines – a cycle network comprising 75 miles of Dutch-style segregated lanes that will represent the largest joined-up network in Britain. The city is benefiting from that rarest of things: Politicians brave enough to be “absolutely unapologetic” that the eventual 1,000-mile cycle network will take space away from cars and could make motor journeys slower in what is already a traffic-snarled region.

The plans from the first step in £1.5bn of planned investment and represent the total spend on cycling and walking in Greater Manchester to about £15 per head – a sum on par with Copenhagen and Amsterdam and higher than any other British city.

According to Chris Boardman, Manchester’s walking and cycling commissioner, 250 million car journeys of less than 1km are made per year in Greater Manchester. It’s a distance equivalent to a 15-minute walk or a five-minute bicycle ride.

Mayor of Manchester, Andy Burnham, said: “If we are to cut congestion and clean up our air, decisive action is needed. I want to make Greater Manchester one of the top 10 places in the world to live and it is action of this sort which will help to deliver that promise.”

Cycling infrastructure such Beelines is not a luxury. Quite the opposite, in fact. Britain’s poisonous air causes 40,000 early deaths a year. A joint inquiry by four committees of MPs earlier this year described Britain’s air pollution as a “national health emergency”, which is hardly surprising given the government’s inability to tackle it. After all, the government’s clean air plans have been judged illegal three times in the high court. And the latest proposal, rejected by the high court earlier this year, was condemned as ‘inexcusable’ by doctors.

With ETA cycle insurance, however old the bike, if it’s stolen you get enough to buy a new model. Furthermore, every cycle insurance policy you buy from us helps support the work of the ETA Trust, our charity campaigning for a cleaner, safer transport future. Little wonder The Good Shopping Guide has voted us to be an ethical company like no other.