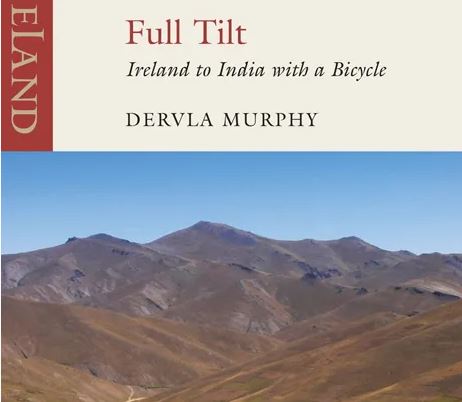 When Dervla Murphy was ten, she was given a bicycle and an atlas, and within days she was secretly planning a trip to India. At the age of thirty-one, in 1963, she finally set off and this book is based on the daily diary she kept while riding through Persia, Afghanistan and over the Himalayas to Pakistan and India.

Undaunted by snow in alarming quantities, and using her small calibre pistol on starving wolves in Bulgaria and to scare away lecherous men in Persia, her resourcefulness and the blind eye she turned to personal danger and extreme discomfort were remarkable.

We have a copy of Full Tilt, the account of Dervla Murphy’s solo cycling trip from Ireland to India, to give away. To be in with a chance of winning the book, simply leave us a comment at the bottom of the page we’ll pick a name at random.

If the idea of Dervla Murphy carrying a pistol on her cycle trip seems shocking now, it follows a historical connection between bicycles and bullets. In the late nineteenth century, the manufacture of arms and bicycles shared similar metalworking techniques; both trades benefitted from improvements in engineering that allowed tube gauges to be reduced dramatically. In fact, some companies went as far as to manufacture and sell both bicycles and firearms. The result was lighter bicycle frames and a terrifying arsenal of miniature weapons for their riders to carry.

The 1892 Revolver-Cycle was a miniature pepper-box pistol which, according to its inventor, Monsieur Joubert, could be stored within a handlebar grip. It was one of a number of guns developed specifically for cyclists at that time.

Thankfully, pistol carrying of this kind did not become widespread. 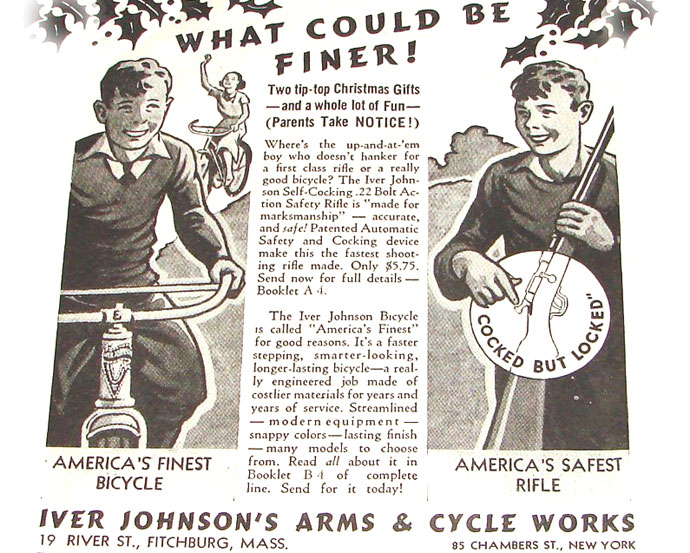 An American magazine article from Christmas 1912 asks: “Where’s the up-and-at-’em boy who doesn’t hanker for a first class rifle or a really good bicycle?”.