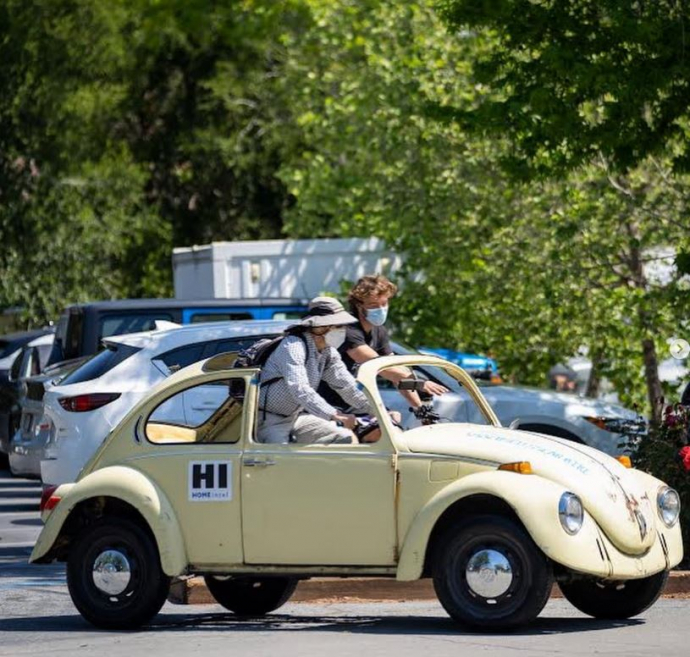 Eric Schmidt runs a car like millions of his fellow Californians, but his 1971 VW beetle is cleaner than most because he himself is the engine. No fossil fuel, no electricity, just human power. The pedal-powered bug weighs about 360 kg empty so, as you can imagine, it moves slowly. But that’s not the point.

On his website, Schmidt writes: Many of us have the financial and societal means of choosing more efficient transport options, but don’t. If this project gets just a few more people to consider, use, and advocate for car alternatives then I will consider it a success. Bikes (electric or manual), buses, trains, walking, handcycles, horses, rowboats, ferries, subways, dirigibles, and many other forms of transport use less energy per mile than personal cars. Individual action matters—live like your emissions matter, because they do.

Eric Schmidt isn’t the first person to cycle something that to the casual observer looks like a real car.

The Fahrradi Farfalla FFX is the work of Austrian artist Hannes Langeder. It’s a supercar that has blood red Ferrari-style bodywork, a super-light chassis and gull-wing doors, but will turns heads for an entirely different reason; the pedal-powered Fahrradi is zero emissions. The team of designers behind the Fahraddi also offer the greenest Porsche to date; a zero-emissions pedal-powered version of the GT3 RS.

These copycat pedal-powered machines are designed to turn heads, but the ‘velo car’ concept can offer a viable alternative to cars – particularly in an urban setting
Velocars proved a popular way of getting about towns and cities in France during the 1930s and 40s. So efficient were these lightweight machines that they broke cycling speed records and, as a result, were promptly declared ineligible to race by cycling’s governing body. 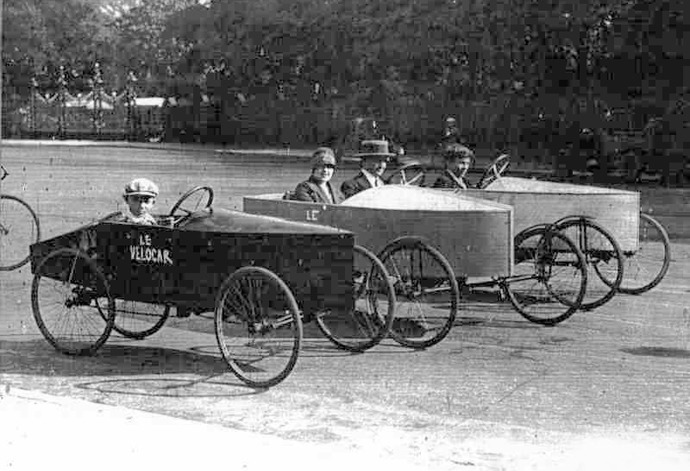 The sporting world’s loss may yet be our gain; VeloMetro has updated the concept of velocars with the latest technology and engineering: human powered, protected from the weather, networked, and assisted by electric and solar power.With petrol prices hovering around £2 per litre, it’s probably a good time to consider the alternatives to driving a conventional car . What if we valued clean air, safe streets, health and vitality above effortless personal mobility? The roads would remain, of course, but instead of cars, most of us might turn to bicycles and human-powered vehicles such as the Veemo. 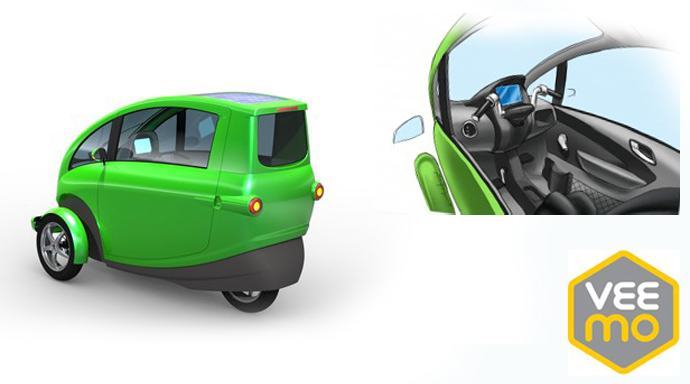 Many people would not consider using a vehicle like the Veemo because of fears over safety, but what constitutes a ‘safe’ car? There is a perception that large, heavy cars such as SUVs are safe, but any added protection they offer their occupants is very much at the expense of any other road user with which they collide. Human-powered vehicles (HPVs) are designed to operate in urban areas at low speeds, which makes them less of a risk to other road users and less damaging to the road surface.