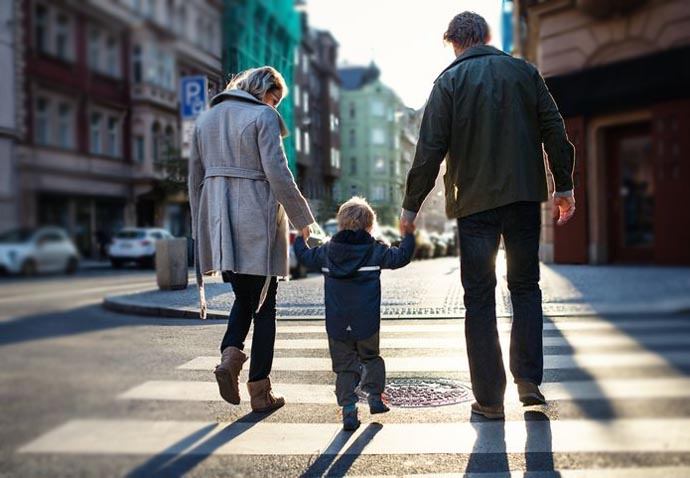 In France, at almost every minor side road, there’s a simple painted zebra crossing. Now that the updated Highway Code gives those on foot this same priority, it’s time for a similar approach here.

Recent research by YouGov revealed that 29 per cent of pedestrians have been hit by a car or suffered a near miss at a side road. The research was commissioned by Living Streets, which alongside national transport organisations, motoring bodies and charities, has issued a joint statement asking national government to authorise the use of zebra markings on UK side roads.

Greater Manchester last year published evidence showing that zebra markings on side roads lead to drivers giving way 30% more than where there is no marking. The city-region has  asked for permission to roll out a large-scale trial of zebra markings at side roads.

So, really hope the evidence will lead to us being able to conduct large scale trials.👇 pic.twitter.com/f8qhUltLfo

We’re great fans of ‘informal’ zebra crossings. When we were approached by a group of parents in London whose request for a zebra crossing at a road traffic collision black spot outside their local infant school had been turned down on grounds of cost, we went about building one ourselves as cheaply as possible.

The result was a pop-up zebra crossing that could be erected in less than two minutes. And with no need to consider drainage, the excavation of existing pavement, disposal of material, new kerbing and paving, anti-skid surfacing, road markings, traffic signs, electrical connections and pillars, the total cost came to a fraction of the £114,000 quoted by the Highways Agency.