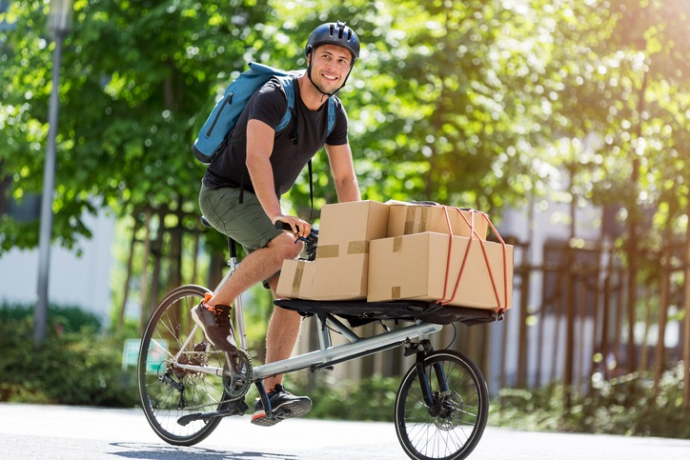 German cyclists buy over 25 times more cargo bikes each year than their British counterparts. It’s an astounding figure not lost on Volkswagen Group head, Herbert Diess, who late last year tweeted: “In overcrowded urban centres the car will only be accepted in the future if the bike has enough space in the mobility mix” – a sign that even the motor industry recognises bicycles play a principal role in successful cities. A key part of integrating cycling into thriving urban areas is the use of the cargo bike.

According to the Bicycle Association, about 4,000 cargo bikes were sold in the UK last year, however that’s small fry compared to our European cousins; the French snap up about 50,000 every year, but even that pales in comparison with the 103,000 cargo bikes sold in Germany.

Perhaps even more interesting than booming German cargo bike sales figures is the fact that their modal share doubled between 2019 and 2021. The country now has 1.2 million private users of cargo bikes, according to the German Federal Ministry of Transport.

Will Norman, London’s walking and cycling commissioner, says up to 14% of small van journeys could be made with bikes instead. However, if the move to cargo bikes is to gather pace in the UK, electric models should be subsidised in the same way as electric cars. The plug-in grant scheme has subsidised the sale of nearly half a million electric vehicles over the last decade. Those wishing to buy one of the 20 sub-£32,000 electric cars currently on sale in the UK get £1,500 off thanks to the government grant. Unfortunately, while there has been talk of an e-bike subsidy scheme, it has yet to materialise (the latest word is it will launch in autumn 2022 – we’ll keep you posted).

With a buoyant market for cargo bikes in Europe, manufacturers are developing an exciting range of models that cater for all markets. The best cargo bikes might cost the same as a secondhand car, but their widespread uptake in cities has a transformative effect on the collective quality of life. 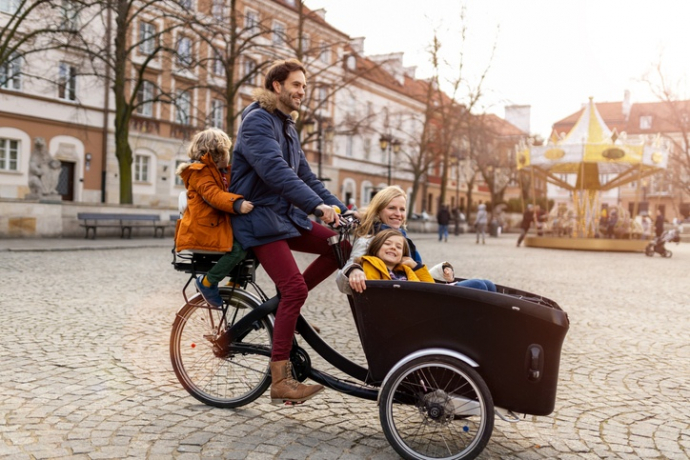 Imagine British school run congestion, and the associated road danger, replaced with a procession of sturdy bikes – their cargo boxes brimming with kids. And if you worry your thighs aren’t quite up to the job of carrying the combined weight of up to four kids, electric assist is available as an optional extra. 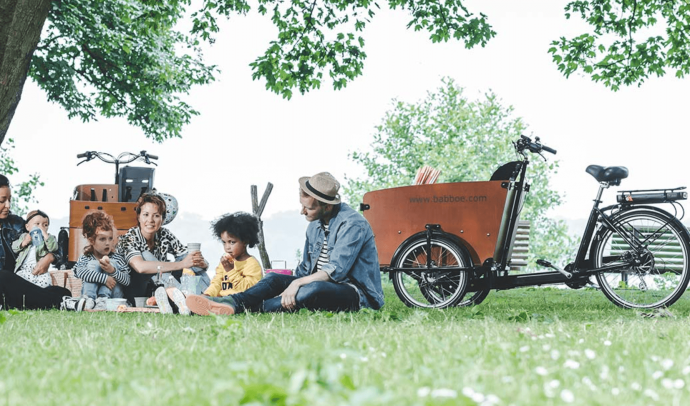 Here at the ETA head office, our Baboe Big-e is perfect for shifting stuff locally, but it’s just as happy ferrying kids to school. There’s a range of cargo bikes available to choose from in the UK – even Raleigh now produces them and reports strong sales