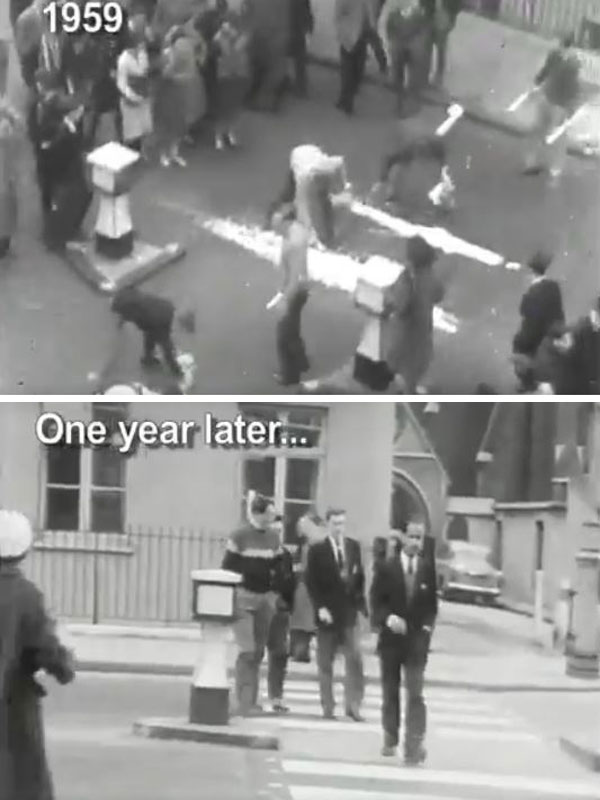 Faced with dangerous traffic outside their campus, and armed only with pots of paint and a healthy disregard for authority, students at UCL in 1959 daubed the road with zebra crossing markings. Within months, the local authority had installed a real one.

It’s more than a little depressing that over half a century later, getting zebra crossing installed is far from easy…and in many cases requires protest. It’s the reason we developed our pop-up zebra crossing.

If you know any school, community group or individual who has lobbied in vain for a safe crossing and would like to borrow our crossing to mount their own protest, drop us a line.

The protest outside the school resulted in coverage in the Brighton Argus newspaper and an offer of help from the local port, which happens to be a source of much of the lorry traffic that passes the school. 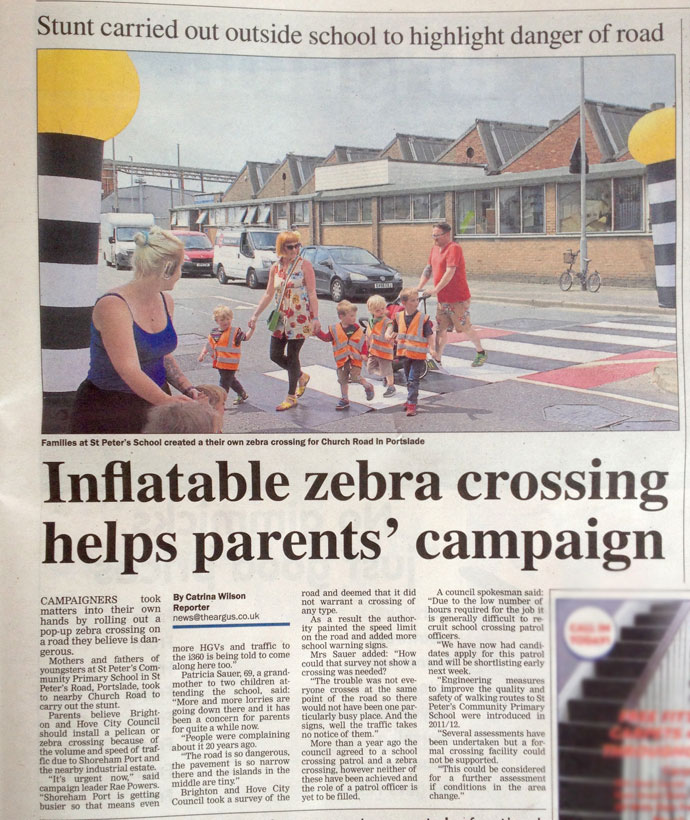 Just for good measure, and because the council has made many empty promises, we dropped in on a council meeting and took the inflatable zebra croissing with us.

The ETA has been voted to be an ethical company in Britain for the second year running by the Good Shopping Guide.

The ETA was established in 1990 as an ethical provider of green, reliable travel services. Twenty seven years on, we continue to offer cycle insurance, travel insurance breakdown cover and home insurance while putting concern for the environment at the heart of all it does.