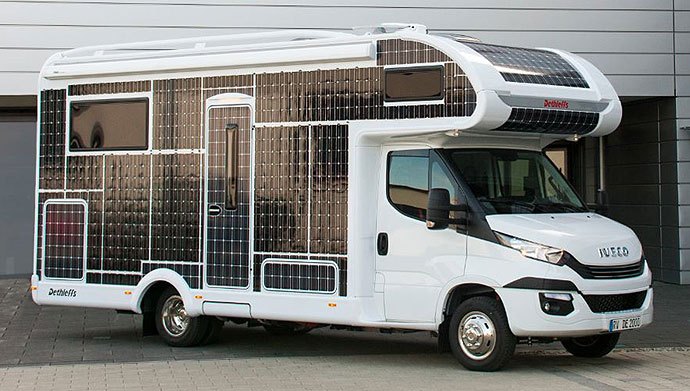 The outside of the Iveco camper is plastered with  31 square metres of thin-film solar panels capable of generating up to 3,000 watts of electricity.

In order to make the vehicle as efficient as possible, Dethleffs has used so-called ‘phase change materials’ that absorb heat when temperatures rise above 26° C and release it when the temperature drops at night. The heat releasing technology is complemented  by infrared heating panels built into the floor, walls and furniture. These heat up the objects rather than the air around them. 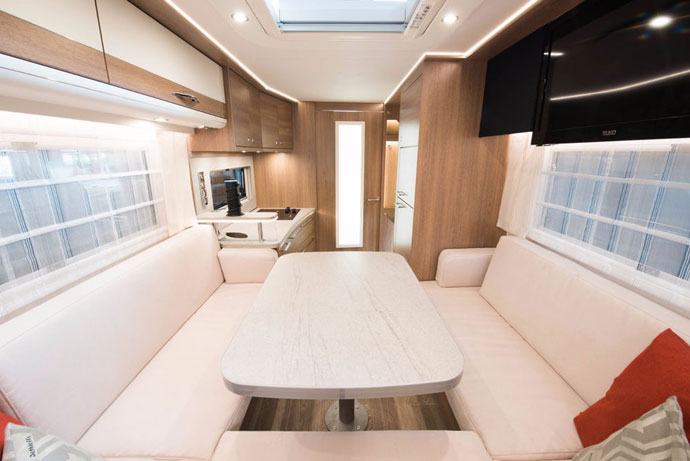 There has been a resurgence of interest in camping and the staycation – holidays that involve no travel abroad – but what if the idea of sleeping under canvas doesn’t appeal and you can’t justify the expense of a motorhome, electric or otherwise, that is likely to sit idle for most of the year?

The idea behind the Tonke Fieldsleeper is that you can use it as both a motorhome and a caravan, and make it pay for its upkeep to boot. 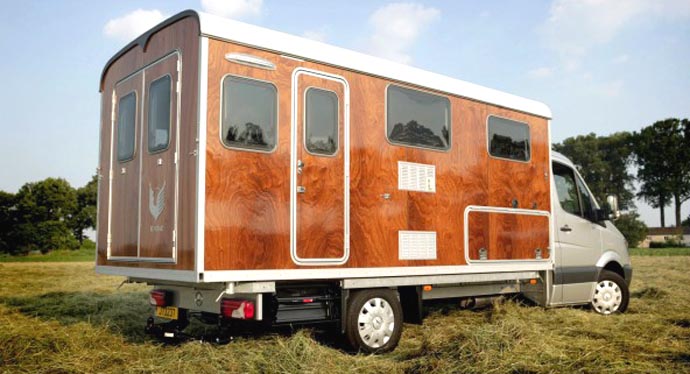 A 10-minute unloading time makes the Tonke Fieldsleeper easy to drop off at a campsite and the van used independently, but perhaps most imaginative is Tonke’s suggestion that when not being used on a trip, its customers keep the Fieldsleeper in their garden as a spare room, office or bed & breakfast annex to help pay for itself. 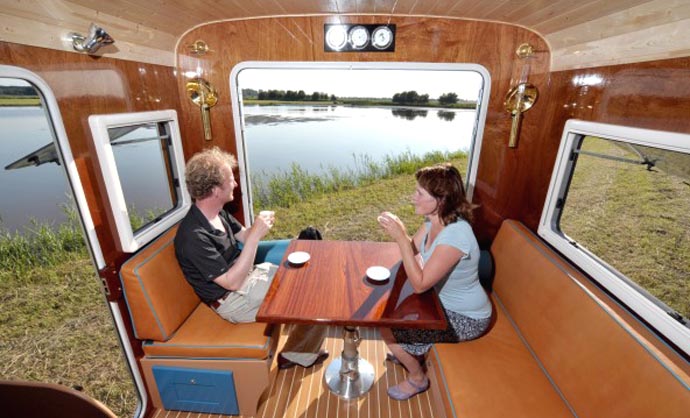 While it’s unusual to see a caravan or motorhome sporting anything other than a white plastic body, the Fieldsleeper would make a desirable, if unusual, B&B room because its appearance owes much to a vintage railway carriage.

The Fieldsleeper has all the mod cons you would expect and optional extras include sturdy wheels that can be fitted to enable the unit to be moved into a garage or winter storage.

The ETA has been voted to provide the most ethical insurance in Britain.

The Good Shopping Guide each year reveals the good, the bad, and the ugly of the world’s companies and brands, with a view to supporting the growth of social responsibility and ethical business as well as a more sustainable, just society.

Beating household-name insurance companies such as John Lewis and the Co-op, we earned an ethical company index score of 89 – earning us joint-first place with Naturesave. 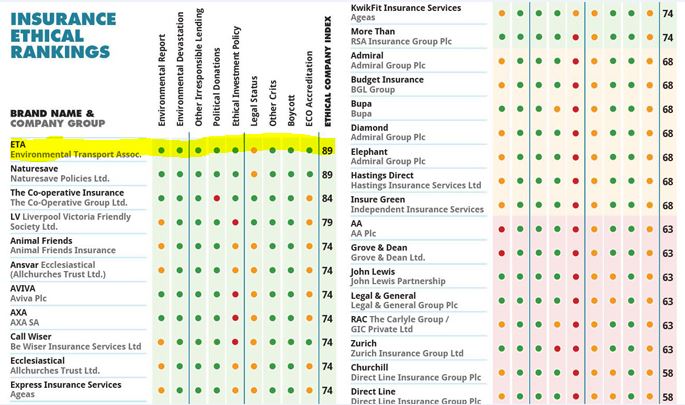 The ETA was established in 1990 as an ethical provider of green, reliable travel services. Twenty seven years on, we continue to offer cycle insurance, travel insurance and breakdown cover  while putting concern for the environment at the heart of all we do.