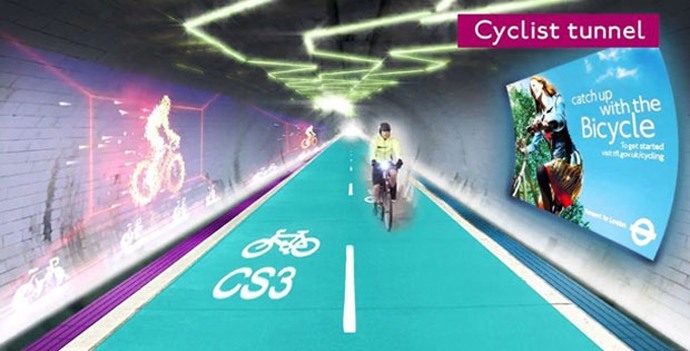 Abandoned and unused space is a tragedy of modern urban living.

Running directly under the feet of millions of unsuspecting Londoners and passing many of the city’s most recognisable landmarks, The Post Office underground railway ran largely unnoticed between 1927 and 2003 from Whitechapel in the east to Paddington in the west. Shut down a decade ago, the world’s first driverless, electrified railway has been frozen in time.

According to design firm Gensler, one answer to ease the burden of the London’s growing population could be a network of subterranean cycle ways.

The underground network uses dual tunnels, so on stretches of line no longer used, the twin tunnels would offer parallel pedestrian paths and cycle lanes, interconnected with pop-up cafes. 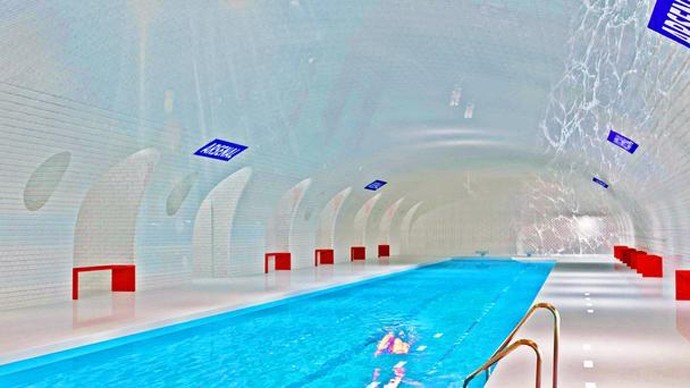 To help make the tunnels more financially and environmentally viable, the paths would be surfaced with kinetic paving. The term piezoelectricity relates to the ability of some materials to generate electricity when they are squeezed or pressed. In the case of the London Underline, it would be the weight of passing bicycles and pedestrians that would squash piezoelectric crystals and cause them to generate power.

The tunnels would be accessible via tube stations, and Boris bike would be at the either end of each stretch.

The main unused tunnel is the abandoned branch of the Piccadilly Line running beneath Kingsway, from Holborn to the no longer used Aldwych station. Another stretches from Green Park to Charing Cross.

The future of urban life could be be far more free and imaginative through a form of regeneration that’s been dubbed place-making.

London has in the region of 30-40 abandoned underground stations. With the largest subway rail network in the world, you might be surprised to learn that Paris in contrast has just 16. That hasn’t stopped one of its mayoral candidates making public her vision for ways in which to transform these forgotten and unloved spaces into attractive and usable destinations.

UMP candidate Nathalie Kosciusko-Morizet worked with architects to produce the designs including visions to transform unused subway stations into a nightclub, a swimming pool and a restaurant.

The ideas represent an imaginative approach to urban living where space is at a premium.

At a time when the popular models proposed for our urban environments are ever more commercial and dehumanised, place-making is all the more welcome.

The ETA was established in 1990 as an ethical provider of green, reliable travel services. Twenty six years on, we continue to sell excellent cycle insurance, travel insurance and breakdown cover while putting concern for the environment at the heart of all we do. It’s the reason we’ve been voted the most ethical insurance company in Britain by the Good Shopping Guide.

The travel insurance includes a high level of cover as standard:

Get a quote for ETA travel insurance