Strict liability to protect cyclists and pedestrians is commonplace across Europe.

However, alongside Romania, Cyprus, Malta and Ireland, Britain is one of only five European countries with no form of strict liability in place to safeguard vulnerable road users. 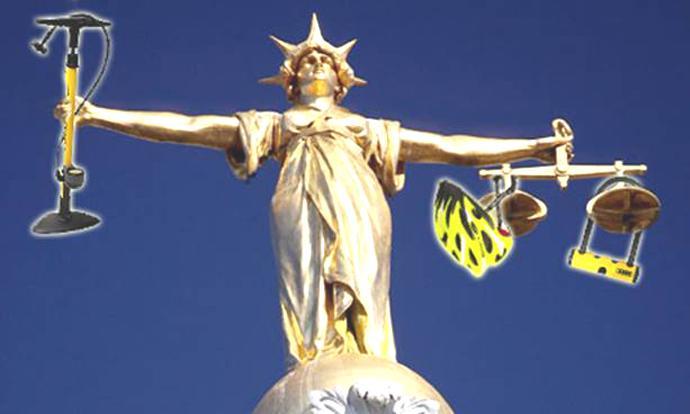 Strict liability makes motorists financially liable for collisions with pedestrians or cyclists. Only when the pedestrian or cyclist is proved to be negligent does the driver avoid paying compensation through their insurance. The principle recognises that the drivers of faster, heavier vehicles have a duty of care, and that if a pedestrian or cyclist is injured in a road traffic collision, injuries or shock may make it difficult for them to accurately recollect the event.

According to the campaign group Roadshare, “Presumed liability in civil law is the proper approach for a mature, socially conscious nation as it addresses the unacceptable human cost of the current system. Under presumed liability, injured vulnerable road users are properly and promptly cared for and not forced to fight for compensation.” 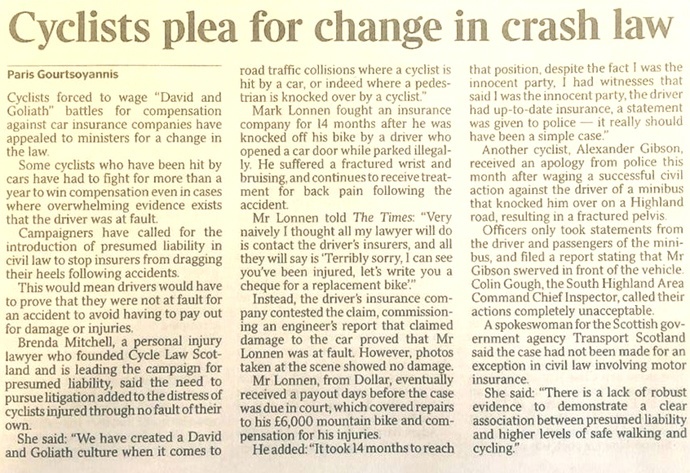 The Times this week covered the campaign for strict liability

At present, motor insurers routinely argue for reductions in compensation to vulnerable road users injured in road traffic collisions, even in the face of evidence that their customers are at fault.

Even cities in the home of the car are making law to protect cyclists. Los Angeles city council is one of a number of American cities to being in new laws to protect cyclists against harassment by motorists. Such laws discourage dangerous behaviour toward cyclists and provide another tool with which to prosecute offending drivers.

A spokesperson for the Environmental Transport Association said: “If Britain is serious about promoting cycling then it is vital we fall in line with the majority of other European countries and adopt strict liability.”

On the face of it, one cycle insurance policy is much like another, but the devil is the detail. How much excess you will be charged is just one of the things that varies wildly between providers. Another is so called ‘new-for-old’ replacement – many insurers use this term, but if your bicycle is more than a few years old, devalue it severely. This means you are left out of pocket when you come to replace it. Read our insider guide to cycle insurance.

ETA cycle insurance has a low standard excess of 5% (minimum £25) and offers a new-for-old for life – however old the bike, if it’s stolen you get enough to buy a new model. Furthermore, every cycle insurance policy you buy from us helps support the work of the ETA Trust, our charity campaigning for a cleaner, safer transport future.

For 25 years we have been providing straightforward, affordable bicycle insurance. Whether you use your bike to commute, shop, race or amble in the park, ETA Cycle Insurance has you covered. We never devalue bikes no matter their age, allow you to buy your replacement bike wherever you like, replace stolen quick release components and handle claims in-house.

The Good Shopping Guide voted us to be an ethical company like no other.