The tired old argument that cyclists have less right to be on the road because they don’t pay vehicle excise duty – sometimes still referred to as road tax – received another blow this week when it transpired that cyclists are more likely to also drive cars, and pay VED, than the population as a whole. 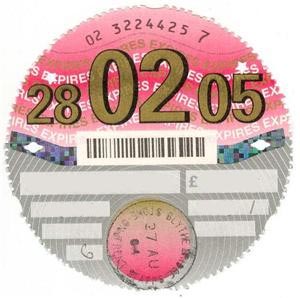 Motorists do not pay directly for the roads, which are paid for via general and local taxation. But even if roads were paid for out of vehicle excise duty, it seems that cyclists would be more than paying their way.

Ian Austin MP this week asked Secretary of State for Transport Norman Baker to give his estimate of the proportion of cyclists that own cars.

According to Baker, some 83% of the cyclists participating in the National Travel Survey in 2008 and 2009 were resident in a household with access to a car or van.

The equivalent overall figure for all survey respondents in Great Britain was 82%.

iPayRoadTax.com this week broke the story of a young driver who used her Twitter account to brag about knocking over a cyclist. Her message was widely published and subsequently picked up by Norfolk police.

Definitely knocked a cyclist off his bike earlier – I have right of way he doesn’t even pay road tax! #bloody cyclists

What’s in a name?

There are those who describe vehicle excise duty (VED) as car tax, but does changing the terminology makes it any less confusing? It’s not really a car tax, as it’s now based on emissions, except it isn’t if your car is ‘cleaner’ than most. And the taxation class of motorcycles is described as ‘bicycle’ A rational way forward might be to combine vehicle excise duty and fuel duty – the more you drive/pollute, the more you pay.

Cycle insurance from the ETA includes all kinds of things to make life on two wheels a little easier. If your bike is stolen we pay out on a new-for-old basis and if it’s damaged accidentally or vandalised we’ll pay for it to be repaired. If you’re unlucky enough to cause damage to a person or property while out cycling we provide to £5m third party cover and we have legal team ready and waiting to fight your corner in court when you have a right to compensation following a collision. For a full list of what’s included and an instant quote, click here.