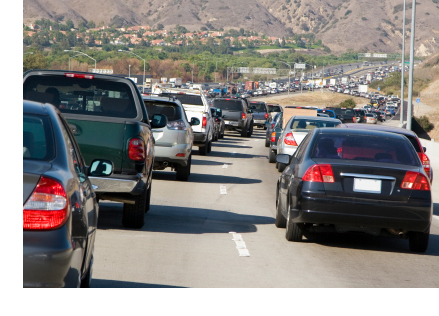 Los Angeles is widely regarded as an automotive Mecca, but a new law passed by the city council this week makes it a crime for drivers to threaten cyclists verbally or physically.

Cycling groups in California have described the pioneering law as the toughest of its kind in the country,

Only 13,000 people in LA commute to work by bicycle, but numbers have grown by 48% in the last eight years.

It is perhaps the tiny number of cyclists relative to cars (2m in the city of Los Angeles alone) that explains the antipathy towards those on two wheels.

“It’s about time cyclists have rights”

LA City Councilman Bill Rosendahl, championed the new anti-harassment law. He became a cycling advocate after two local cyclists were seriously injured when a driver deliberately slammed on his brakes in front of them. The motorist was, of all things, a doctor and was convicted of assault with a deadly weapon. Following the passing of the anti-harassment law, Councilman Rosendahl told the Los Angeles Times, “It’s about time cyclists have rights.”

A spokesperson for the Environmental Transport Association (ETA) said: “Anti-harassment measures send a useful message to all road users, but despite laws in England that should protect cyclists against serious offences like common assault, it can be a struggle to convince the police to take such matters seriously – even when there is video footage as evidence.”

The percentage of commuters who use public transport in Los Angeles County is only 7%, but earlier this year the city pledged to build more than 200 miles of new bicycle routes every five years.

California state legislators are considering a law requiring motorists to allow a gap of at least 1 metre when overtaking cyclists.

How does your cycle insurance match up?

Cycle insurance from the ETA includes, amongst other things, new-for-old, third party insurance (in the case of an accident you may need to seek compensation or even deal with a claim by someone else), personal accident cover, race event cover and if you suffer a mechanical breakdown, they will come out and recover you and your bike. Get an instant, no obligation quote below.