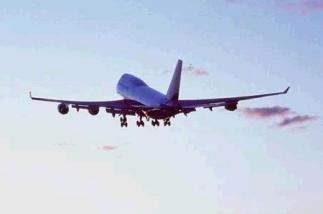 The ban on flights may have left tens of thousands of holiday makers stranded and a scarcity of exotic fruits in supermarket aisles, but for the millions of people whose daily lives are blighted by noisy aircraft it is a blessing according to the Environmental Transport Association (ETA).

Director at the ETA, Andrew Davis, said: “The financial cost of the ban to airlines is put at £28m per day, but the million of people who live under flight paths may feel that it is worth far more than this.”

By the end of Monday 19th April, the ban on flights across Europe will have saved over 2.8m tonnes of CO2 (Global aviation CO2 is estimated at 610 MtCO2 and Europe accounts for one third of this. An approximate 50 per cent reduction in Europeran flights across five days equates to 2.8m).

The impact of flying on the environment

Just one return flight from London to New York produces a greater carbon footprint than a whole year’s personal allowance needed to keep the climate safe. On every flight to New York and back, each traveller emits about 1.2t of CO2. If we fly, air travel overshadows all our other impacts.

The impact of noise on health

Noise pollution is a serious and under-reported environmental problem.

According to the World Health Organisation, 40 per cent of Europeans are regularly exposed to road traffic noise exceeding 55 decibels. In Sweden, it is illegal for noise levels to exceed 55 decibels at the front of a building.

Researchers at the Karolinska Institute found levels of traffic noise above 50 decibels increased the risk of heart attack by 40 per cent.

As part of its noise campaign, the ETA commissioned a survey of traffic noise in rural areas. Written by Lynn Sloman and her colleagues at the Transport for Quality of Life consultancy, it uses qualitative research to discover the impact that the increase in rural traffic has on our quality of life in rural Britain.

A spokesperson at the ETA said: “Noise pollution has a detrimental effect on our health and our general quality of life and yet there is no threshold limit for road traffic noise in the European Union.”