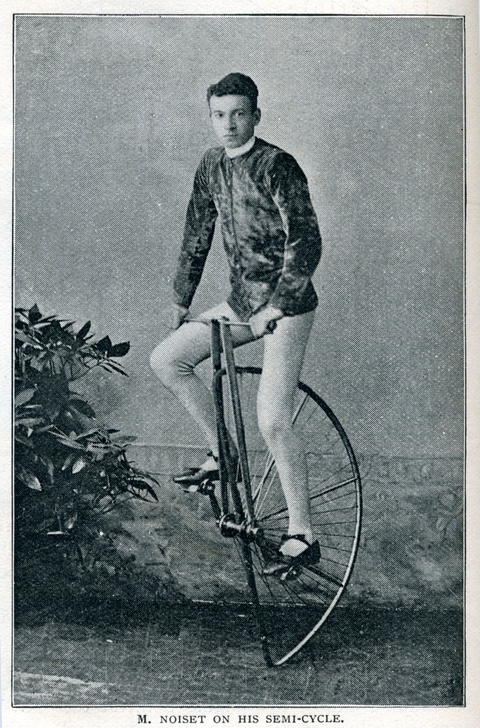 The bicycle is an object of such perfection, it has barely evolved over the last century.

A bicycle is extraordinarily efficient. In fact, it’s the most efficient means of self-powered transportation in existence – considerably more so than walking. However, that doesn’t stop folk trying to improve its performance. And while the results are rarely as eccentric as the 19th century semi-cycle pictured above, plenty of the designs appear far-fetched.

For example, the CycleWing is intended to transform almost any bicycle into a wind-propelled vehicle. As every cyclist knows, a good tailwind is a blessing. The addition of a sail has the potential to boost speeds when cycling against the wind.

With the CycleWing unit installed on a standard rear rack, a sail is deployed and controlled by the rider electronically via two buttons mounted on the handlebars.

We applaud the creativity of the CycleWing, but on British roads it’s application will always be limited to say the least.

The project appeared on the crowdfunding website Kickstarter in 2019 but failed to reach its target.