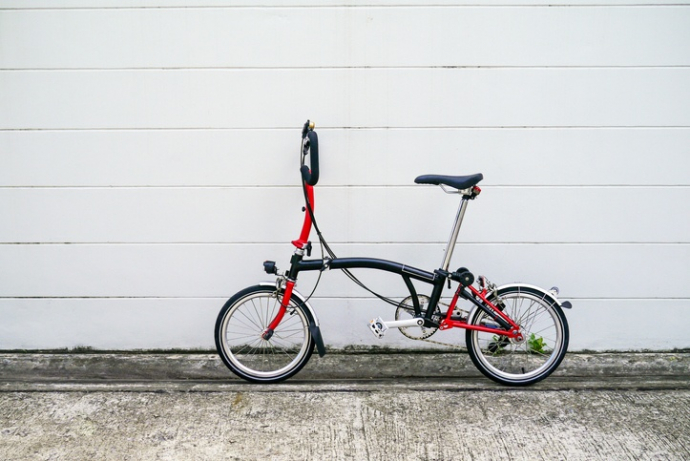 Car hire company Enterprise is to offer Bromptons as an optional extra. Customers at its Russel Square branch in London will be able to drive away with one of the folding bicycles in the boot for £20 per day. It will be interesting to see whether the Enterprise offering proves successful as the charges are substantially more than the prices charged by Brompton through its own hire scheme.

Brompton continues to be a success story. While countless businesses have languished as a result of lockdown, others have seen their sales pick up. Perhaps it was people seeking a new way to exercise, or taking advantage of quieter roads, but it’s estimated that sales of bicycles rose by around fifteen per cent.

“People are thinking, I want to have independence,” says Will Butler-Adams, chief executive of the folding bike company, Brompton. 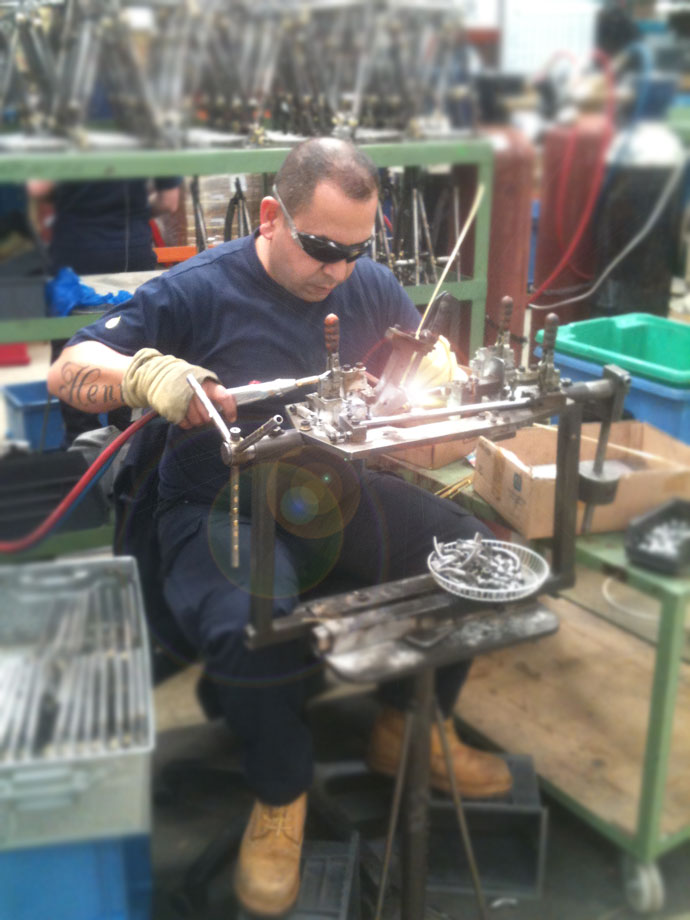 A craftsman brazes frames at the Brompton factory in west London

It’s easy to assume the popularity of folding bicycle in cities around the world is a recent trend, but 100 years ago, thousands were rolling off production lines across Europe. As the world went to war, troops across the continent were being issued with folders.

Long before Bromptons became ubiquitous on London-bound commuter trains and ahead of Alex Moulton’s ground-breaking designs, Bianchi designed the 24-inch Bersaglieri for the Italian mountain infantry. With its small, solid rubber wheels, the bike was available in many different configurations, but at 20 kg before any of the soldiers’ heavy equipment was added, hills might have proved a challenge, but it dramatically improved a soldier’s mobility.

The Velicious Bicycles blog offers a fascinating glimpse of the folding bicycles of the era. Three years before the outbreak of war, the case was being put for smaller-wheeled bicycles. De Vivie was a French pioneer of derailleur gears and advocate of bikes fitted with 20-inch wheels – the size still favoured by Dahon, the world’s largest supplier of folding bikes. In 1911 he wrote:

“My own experience has gone no further than to 50cm (20 inch) wheels furnished with 50mm tyres, but I can guarantee that in an experiment extending as far as 15,000km covered, they will not have the smallest disadvantage from the point of view of their running. It simply seems to me they are more prone to skidding, but this is perhaps because their tyres have no tread and that the bicycle is very short. That universal agreement has fixed on 70cm (27 inch) as the proper size for wheels does not in any way prove that this diameter is best; it simply proves that cyclists follow each other like sheep. Make no mistake, uniformity is leading us directly towards boredom and towards routine, whilst diversity, even though it distracts us, holds our attention, our interest and the spirit of enquiry always on the watch. To change is not always to perfect, and I know that better than any others newly come to cyclo-technology. But to stand still, to sink into a rut, that is the worst of things for industries and for men.”
Velocio, Le Cycliste, France, 1911

Brompton is a design classic that is practical, easy to use and instantly recognisable. Furthermore, it’s a beacon of commercially successful British engineering. Brompton is not only a success in British manufacturing but has revolutionised the way bicycles can be used in this country. The bike’s party trick is a clever, bomb-proof folding mechanism that sells well with commuters because onerous regulations prevent many from carrying full-size bikes on trains.  “Many are all too quick to write off UK manufacturing as dead and buried but if you look a little closer you’ll find a lot of small, entrepreneurial companies that are exciting, innovative and prosperous” says Butler-Adams.

Andrew Ritchie built the first Brompton bike in 1979 and has been refining the design ever since. However, some might say the brand has been slow to innovate. In fact, Brompton owners are such a resourceful bunch that they retrofitted electric motors to their folders before any official battery assist  version. And one owner addressed criticism of the Brompton’s weight by building one that tips the scales at under 6KG. So while it might be true to say the brand isn’t best known for innovation – it’s electric model was launched many years behind schedule, for instance – the British-built Brompton now sells across the world and such is its success that the company struggles to keep up with orders.