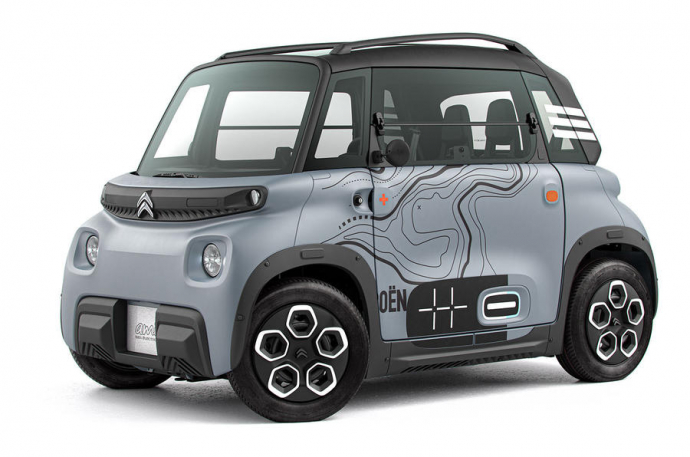 As the world’s cities wake up to the fact that they need to dramatically reduce the amount of pollution, danger and congestion caused by cars, motor manufacturers are scrabbling to reinterpret the idea of personal transport. For it’s part, Citroën is launching the Ami – a quirky electric vehicle that will cost less to run than a mobile phone.

There was a time when learning to drive and buying one’s first car was a rite of passage, but in an age of Uber, high insurance costs, not to mention environmental concerns there has been a marked drop in car ownership among young people in the last generation.

In a bid to turn this tide, the Citroën Ami pitches itself as a clean, cheap and practical alternative to a conventional car. 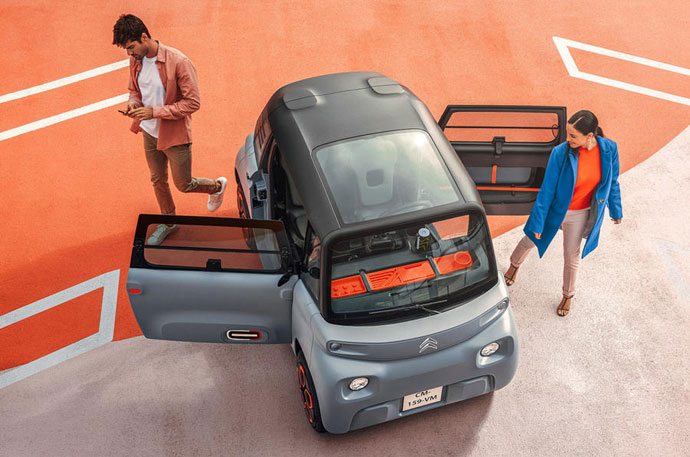 A glass roof promises to give occupants a feeling of space

The two-seater Ami is powered by a 5.5kWh lithium ion battery that can be recharged from a household socket in three hours and thereafter delivers a 47 miles of range at speeds of up to 26mph.

Citroën is offering three options to prospective users of the Ami: long-term rental (£2,227 deposit and £17 per month thereafter), car-sharing at 22p per minute or outright purchase for £5,054.

The Ami takes a pragmatic approach to the restricted range, high cost and long re-charge times associated with today’s battery technology. Instead it does not pitch itself against the conventional family car and is aimed squarely at young city dwellers for whom these concerns are relatively minor. In fact, it’s not classed as a car at all – it’s low weight means it’s categorised as a quadricycle, which means it can be driven by 16-year-old and without the need for a car driving licence.

The two-seater Ami makes no apology for its modest 47-mile range and 27mph top speed because it is intended to be used as an urban runabout or commuter and most of these trips are less than 15 miles in total each day.

TThe Ami doesn’t solve all the problems caused by cars in urban areas, but its size, weight and speed makes far more sense than the current vogue for SUVs. he Ami will launch in France this summer. Citroën has yet to confirm whether it will eventually go on sale in Britain.