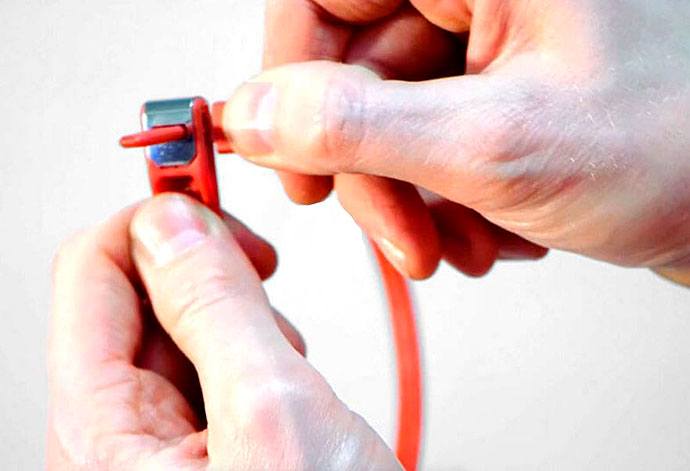 They say that every bicycle weighs the same; a lightweight (and by extension, expensive) bike requires a heavy lock whereas its cheap and cheerful cousin (which weighs more) can make do with a lighter version.

If you own a lightweight road bike it’s likely that you often ride without any lock at all, but what to do when you stop for a coffee or loo break? Hoping to solve this particular conundrum is HipLok with its new Z LOK. 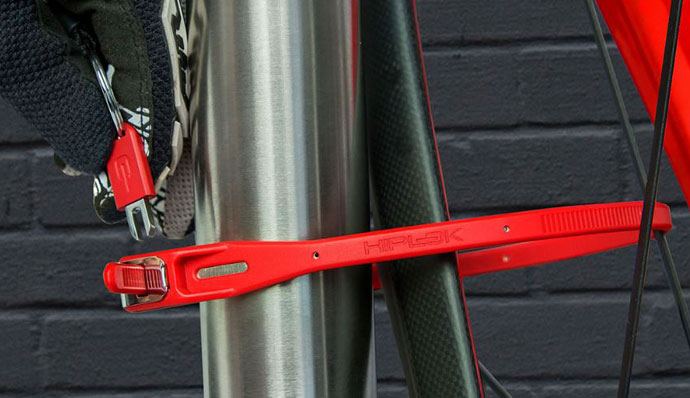 The Z LOK is a reusable reinforced zip style tie for use on car racks, with accessories and other outdoor equipment. While the Z LOK might look similar to a conventional zip tie, it features a stainless steel core to deter the opportunistic thief.

We know it’s stating the obvious, but the Z LOK is not rated by Sold Secure and, as such, it’s use as a primary lock will render your cycle insurance policy void. Its designers intend the lock to be used to deter opportunistic thieves when the bike is within your sight.

We have a pair of Z LOK zip ties to give away. Leave us a message at the bottom of the page and we will draw a winner at random.

How do thieves steal bikes?

A few years ago, the lock manufacturer Kyrptonite suffered a bout of bad PR when it was alleged its D-Locks could be opened with a modified Bic Biro. The episode called into question the efficacy of many cylindrical-lock products, but in reality most thieves don’t have the time, patience or skill to pick locks – they prefer to cut, freeze or smash them.

A well-equipped and determined bicycle thief can defeat most designs of lock within minutes and with many bikes now worth thousands on the second-hand market, the crime is rife. And when a thief is unable to remove a lock, it is not uncommon for him to vandalise the bike or simply steal parts. Thieves in London this spring have taken to stealing handlebars from road bikes. Once a few control cables are severed, they walk away with bars and shifters worth hundreds of pounds.

The lesson is that even stoutest lock is no replacement for a good cycle insurance policy. Cycle insurance from the ETA includes the theft of parts – get an instant quote.