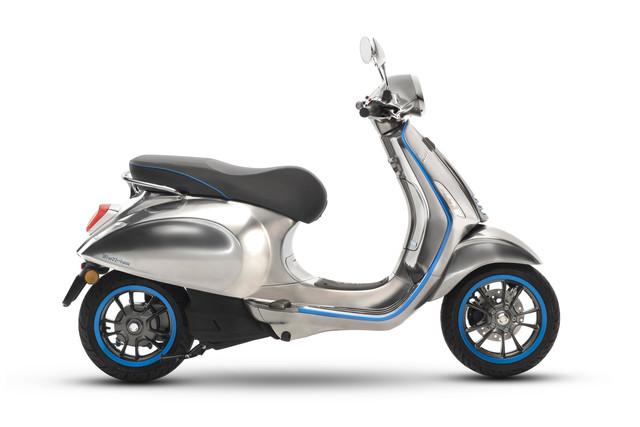 Piaggio has announced that, from next month, it begin building electric scooters.  Customers in Europe who places orders in September should receive their Electtica battery powered Vespa this autumn.

Ever since its launch in 1946, the Vespa has become the scooter of choice for style conscious city commuters the world over. The Vespa might not have enjoyed the reputation for reliability or the record-breaking sales of that other post-war runabout, the Honda Cub, but it is a design classic nevertheless.

The scooter: Environmental sinner or saviour?

Worsening congestion has seen the Vespa scooter bought in increasing numbers – over 1.5 million in the last decade alone. While there is little doubt that scooters produce far less CO2 emissions and require fewer resources to build, than cars, petrol scooters are far from environmental saints. 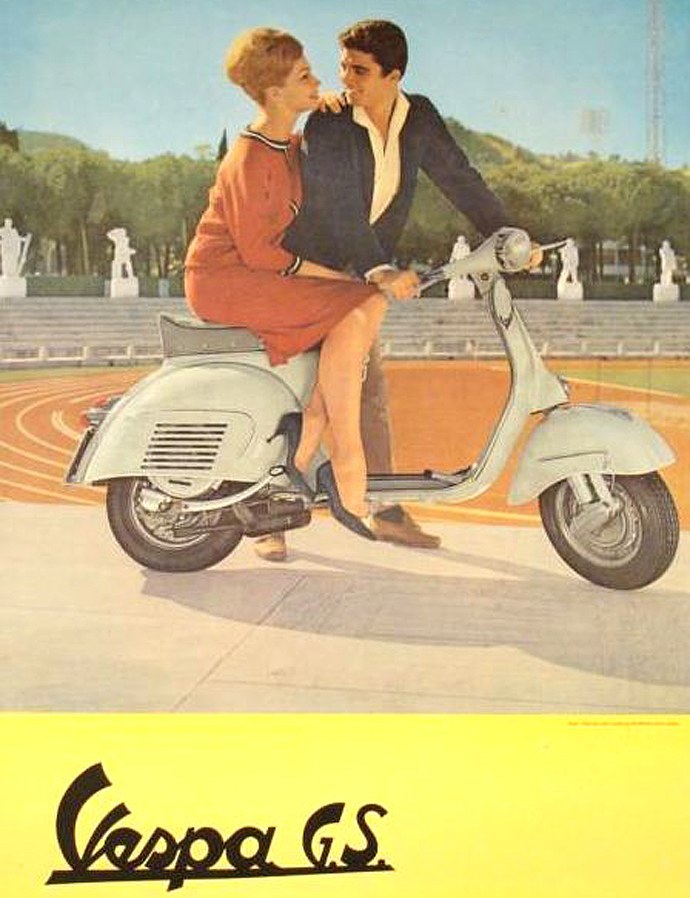 Early scooters, like their riders, used to smoke – but city air desperately needs to clean up its act

In an ideal world, we would all live within walking distance of our place of work, shops and schools. In such towns, very little would be built further than 800 metres from the railway station located at its heart. Nowhere would be further than a 10-minute walk away and those who wanted an even quicker way of getting about could cycle.

For many, this ideal could not be further from their day-to-day existence – urban and suburban living that is increasingly dependent on the use of the car. Public transport offers a practical option for those in cities, but anybody with a disability, more than one young child or a desire to travel at night or during public holidays understands that personal transport is more than simply a luxury.

As significant as the demand for personal transport is the stark fact that it is environmentally, physically and financially unsustainable for us all to drive cars. The production and burning of petrol and diesel contribute towards global warming, cities are clogged by congestion and for a large proportion of the world’s poor car ownership has been little more than a dream – until now. The emergence of a Chinese middle class with a disposable income and a strong desire to trade the bicycle or scooter for a family car has the potential to dramatically increase the number of cars on the world’s roads. If China were to have as many cars per capita as America, it would have add one billion cars – effectively doubling the global car fleet.

Just as British families took to motorcycle during the austere post-war years, Asian countries have embraced the scooter as a cheap and practical way of getting about. Small motorcycles of the type used in this country to deliver pizzas, but make no mistake, they can be a robust means of regular or long-distance travel. Vespa scooters have successfully completed the arduous Paris Dakar rally.

CO2 emissions emitted by an engine are proportional to the amount of petrol burned and with bikes of this type returning up to 100 mpg, scooters contribute far less greenhouse gas emissions per mile than internal combustion engine cars. The manufacture, maintenance and disposal of scooters uses a fraction of the resources necessary to build and recycle a car, but in terms of nitrogen oxide and hydrocarbons, small motorcycles and scooters do worse. These pollutants are detrimental to air quality and contribute to the traffic smog that is the blight of many cities.

If a new breed of electric scooter such as the Vespa Electicca can overcome this drawback, it promises to become the ‘i-travel’ product of the next generation.

Environmentally friendly breakdown cover for your motorcycle or scooter

Don’t trust your motorcycle or scooter with any old breakdown company. Established over 28 years ago, and with over 5,000 recovery trucks on call 24/7, we have a proven track record of providing efficient, reliable breakdown cover.

We handpick only the best local mechanics and garages around Britain to send out if you break down. We believe this way of working is efficient, environmentally friendly and helps supports local communities and economies, too. Little wonder we are judged to be an ethical company like no other. Get an instant quote for motorcycle or scooter breakdown cover.