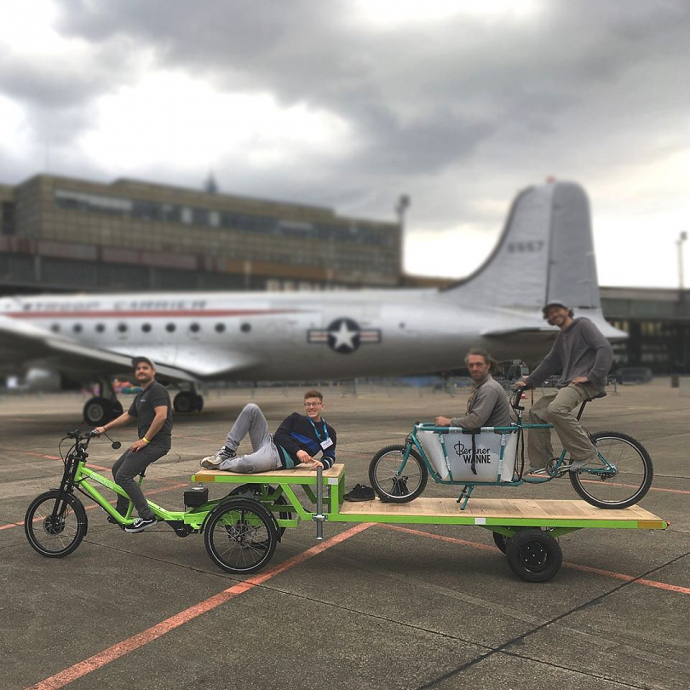 Heavy goods vehicles and people do not mix, but this doesn’t stop them thundering along the streets where people work, live or play. Though they make up only 3% of all vehicles, lorries account for one quarter of Europe’s road transport emissions – a figure that’s expected to grow as traffic increases further. On top of that, heavy goods vehicles are involved in a disproportionate number of fatal crashes.

It is against this backdrop that German cargo bike manufacturer Radkutsche has unveiled the Elefant – a bicycle trailer boasting a capacity of up to 500kg. The Elefant is designed to hitch to the back of a Radkutsche Musketeer trike and equipped with hydraulic brakes 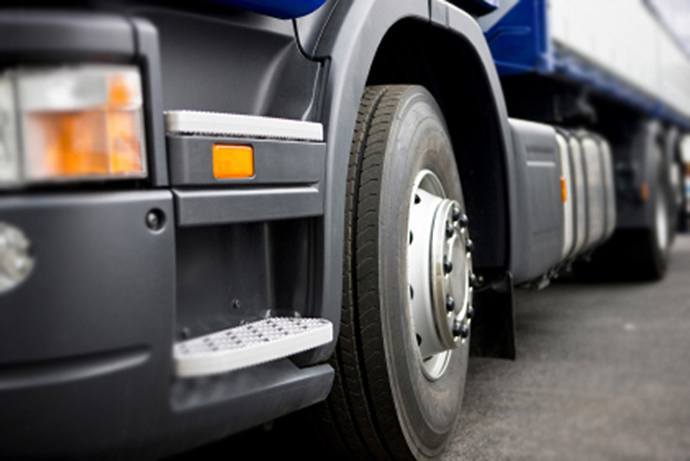 Year after year, heavy good vehicles are over represented in fatal collisions involving cyclists and pedestrians. In 2013, HGVs were involved in nine out of the fourteen incidents in London that resulted in the death of a cyclist. Some have called for outright bans on HGVs from city streets during working hours. At the very least, we need road rules and attitudes that make cycling in our cities something for everyone – rather than only the brave.

Speaking in 2013, two years before his own mother was killed while on her bike by a dangerous driver, Chris Boardman said: “I think their use in cities needs to be managed. In more than 60 per cent of European cities, HGV movements are restricted. In Paris, for example, there are no articulated vehicles in the centre of the city and there were zero cycling deaths last year. There is huge evidence in favour of it. These things are not happy bedfellows for cyclists. They should be restricted and it can be done. All those cities across Europe that have done it seem to be working fine. The Mayor told me he would look into it. I don’t know whether he has, but I certainly can’t see any action.”

Not only are we Britain’s most ethical insurance company, we campaign for sustainable transport. Sometimes that means protesting until a school gets the zebra crossing they’ve been refused, or running 60 roadshows this year to encourage people out of their cars, or fixing bicycles for free. Supporting this work is easy – you simply have to take out cycle insurance with us, cover that just happens to be excellent.