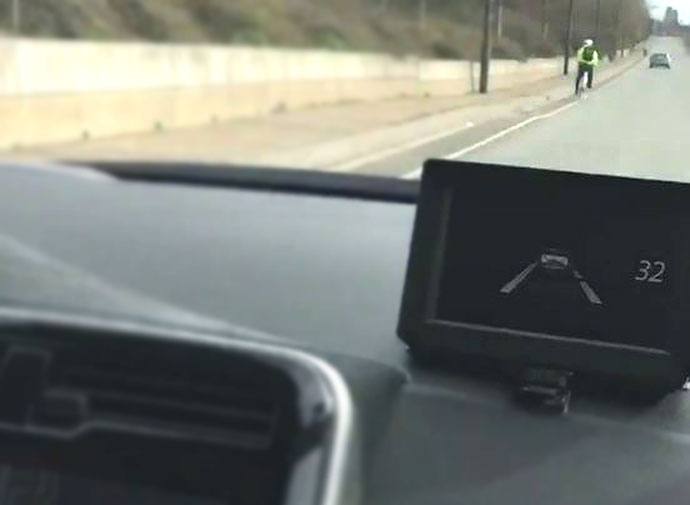 Driverless cars are at risk from inheriting the bad habits of their human predecessors. Hopes that driverless cars might represent a Holy Grail for vulnerable road users – effectively putting an end to widespread road danger – seemed premature this week after a Nissan equipped with the technology came close to hitting a cyclist.

A journalist in London this week witnessed how little room a Nissan driverless car allows a cyclist when overtaking. A clip posted to instagram shows the car alerting Nissan’s global head of autonomous drive development, Tetsuya Iijima, to the presence of a cyclist on the road ahead. However, the car does not allow the recommended overtaking distance. In spite of its five radars, four lasers and 12 cameras, the Nissan fails to adhere to British driving regulations; Rule 163 of the Highway Code states that motorists should give cyclists (and pedestrians and equestrians) as much space as they would give a motor vehicle when overtaking.

The close pass prompts the French journalist in the passenger seat to comment that he was scared for the cyclist. Perhaps it should come as no surprise that the Nissan driverless car has inherited poor driving habits. Interestingly, Nissan CEO Carlos Ghosn has in the past said that autonomous driving technology could be delayed because cyclists ‘don‘t respect any rules usually’.

Nissan driverless cars are not alone in exhibiting human traits. Google have talked about the need for driverless cars having to demonstrate assertive behavious when interacting with human-operated vehicles. For example, it has been found that the Google cars needed to edge out of side roads in order to be allowed into traffic by drivers.

The World Health Organisation estimates that over one million people are killed each year on the roads. However disheartening the performance of the Nissan driverless car this week might appear, the advent of autonomous cars has the potential to reduce congestion, emissions, fuel costs and, most importantly, road deaths.

| “We are prepared to pay a high price in many regards for these privileges. We need only look at the accident statistics.”

Perhaps the idea of using driverless ‘crash-proof’ cars to address these problems might seem fanciful, but founder of Swiss car company Rinspeed, Frank Rinderknech, believes otherwise: “Until now, what we have primarily associated with auto mobility was freedom and individuality. And – consciously or unconsciously – we are prepared to pay a high price in many regards for these privileges. We need only look at the accident statistics.”

Road traffic collisions are the number one cause of death globally among those aged 15-29 years.

There is a sense of inevitability about a change to autonomous driving, but any such change is likely to be gradual. For example, Britain’s most popular car, the Ford Focus, is now offered with a self-parking feature – an optional extra that takes control of the steering to execute a perfect parallel park – but taking an entirely passive role for the entirety of a journey represents a seismic change in our relationship with our cars. 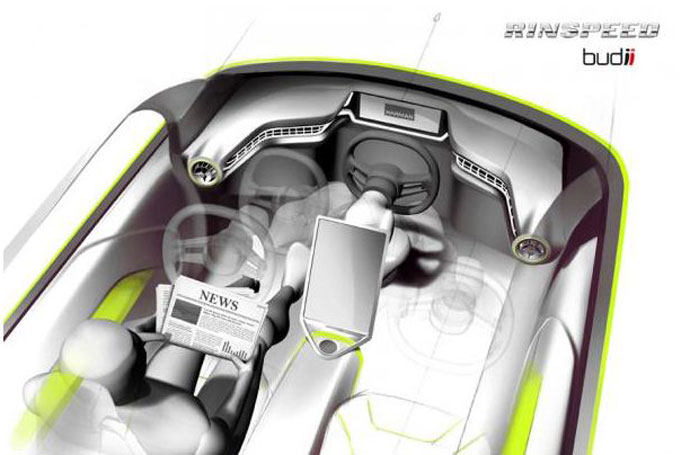 Reading a newspaper at the wheel: More relaxing for you and safer for others

The Rinspeed Budii concept car boasts an autopilot feature that quickly learns the habits and preferences of its ‘driver’. The steering wheel is supported by a robotic arm, which enables either the driver or the front passenger to steer. When the wheel is parked in its centre position, the car drives itself.

According to Rinspeed, this hybrid driverless car will give motorists time to adjust to the new technology: “The transition from traditional to autonomous driving will take place in stages. Consequently, man and machine will still have a few years left to get used to this new form of mobility and the different interplay between people and technology it will entail, time they both will need.”

The ETA was established in 1990 as an ethical provider of green, reliable travel services. Twenty seven years on, we continue to offer cycle insurance, travel insurance and breakdown cover while putting concern for the environment at the heart of all we do.

Whenever you buy a policy from us you help fund the work of our charity, the ETA trust. Find out more about its work at eta.co.uk/trust