SolaRoad is new surface for cycle paths that converts sunlight into electricity and the first stretch, near the Dutch town of Krommenie, opens next week. 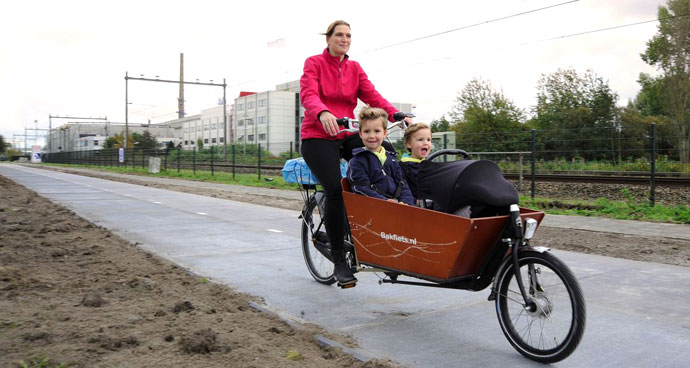 The idea behind SolaRoad is simple: sunlight on the road surface is absorbed by solar cells and converted into electricity, which is used for street lighting.

SolaRoad is laid as prefabricated slabs topped with crystalline silicon solar cells protected beneath a translucent layer of tempered glass. The surface has been engineered to be skid resistant.

Meanwhile, an even more ambitious application of the technology in development in America. As well as generating electricity to go into the grid, the Solar Roadways panels include heating elements to prevent ice, LEDs to display road lines and signage, and a roadside ‘cable corridor’ to store and treat polluted storm water and house power and data cables. 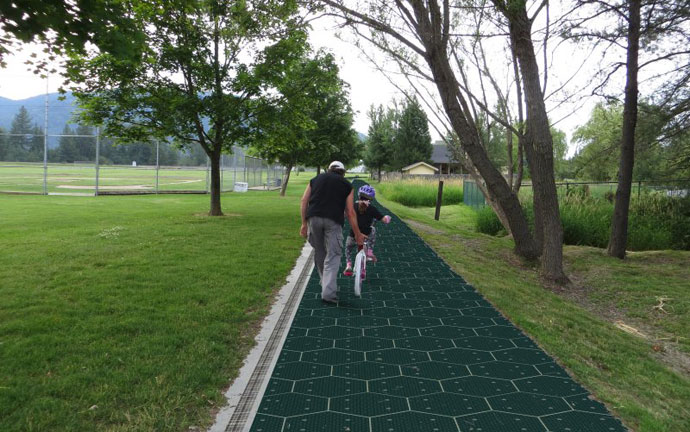 The glass panels are robust enough to withstand the pressure from an articulated lorry and designed to be installed on roads, car parks, drives, pavements, cycle lanes or playgrounds. If there was danger ahead from a crash, the intelligent road could detect this and use LED lights embedded in its surface to warn drivers to slow down.