A cardboard cycle helmet which is claimed to be stronger and more durable than those of conventional polystyrene construction has gone on sale after the idea was taken up by Abus. 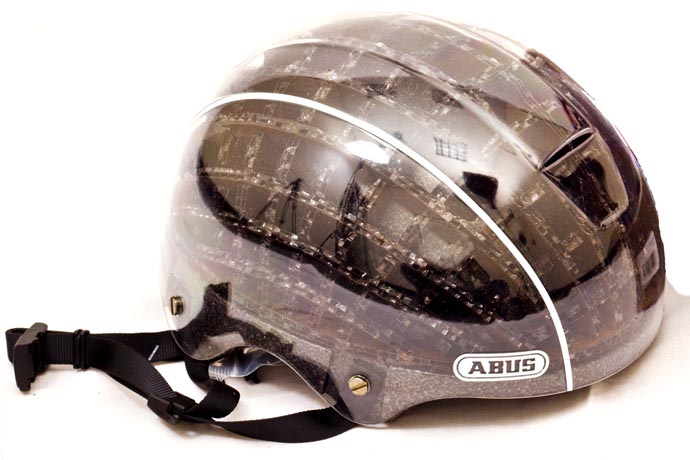 His original concept was inspired by the physiology of the woodpecker. The bird has a corrugated cartilage structure separating beak and skull, which allows its head to withstand repeated knocks. Surabhi used the same principle to develop a honeycomb cardboard structure called Dual Density Honeycomb Board.

The resulting cycle helmet is stronger than the commonly-used polystyrene and plastic construction and able to withstand multiple shocks. Conventional cycle helmets need to be thrown away if they sustain a blow.

The design boasts a see-through shell that reveals the honeycomb cardboard structure beneath. Whether or not you are a fan of protective headgear, there’s no denying this is an interesting and fine-looking cycle helmet.

Previous cycling-related designs from RCA students include a cycle storage hoist that puts bikes out of the reach of thieves.

Cycle insurance from the ETA includes new-for-old, cover for accidental damage, third party insurance, personal accident cover and if you breakdown, we will even come out and recover you and your bike. Covers electric bicycles, too.