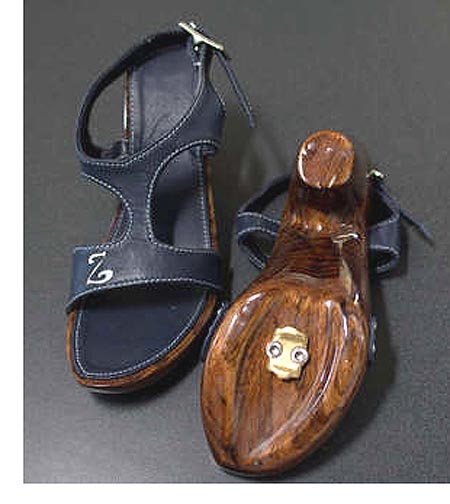 A part-time inventor who wanted to make cycling in heels a more practical proposition for his girlfriend has published free plans on how to make your own high-heels with a clip-less cleat.

Contributor to the DIY website Instructables.com, Corwin, spent 18 months designing and making the shoes, a length of time he describes as having outlasted his relationship.

He is keen, however, that this detail not dissuade potential shoe makers: “If I had worked straight though on the project, it would have only taken a few months, and if you can make these shoes, you are probably capable of not losing the relationship with a wonderful girl.”

Plans on how to make your own pair of heeled shoes with clip-less cleats can be downloaded for free at Instructables.com 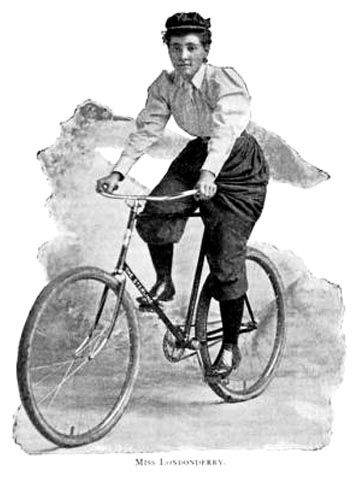 When Annie Londonderry embarked on a circumnavigation of the globe in 1896 (to settle a bet that a woman could not cycle around the world), she soon discarded the corset and heavy skirts considered acceptable sportswear at the time in favour the more liberating athletic bloomers pictured right.

While the ‘rational dress’ campaigned for by suffragettes and adopted to much scandal by Londonderry was a milestone on the road towards female emancipation, a demand for practical and stylish cycling clothes remains.

A crop of small companies specialising in cycling gear for women has sprung up in Britain. Brands like Ananichoola and Water off a duck’s back produce clothing and accessories designed by women, for women.

Cycle insurance from 34p per week

Cycle insurance from the ETA includes new-for-old replacement and accidental damage, £1m third party insurance, personal accident cover, worldwide cover and if you should be knocked off your bike our specialist legal team will fight your corner. From 34p per week.