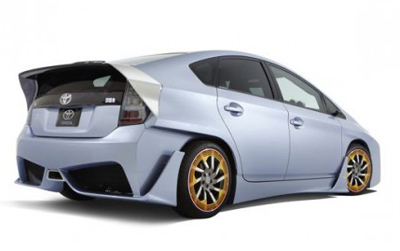 The third generation Prius may boast many technological and styling improvements over its predecessor, but Toyota recently tasked its Conversion and Development department with demonstrating its potential for modification.

The pimped Prius boasts a long list of improvements including new instruments to display the car’s efficiency, illuminated badges and much of car’s bodywork has been replaced by lightweight carbon fibre panels. 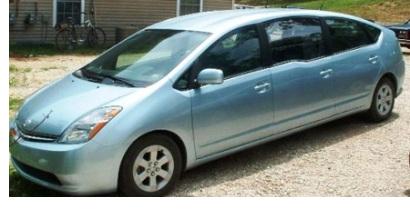 The third-generation Prius may be a more powerful, luxurious and roomy version of the previous model, but it is unable to compete with the eight-seater limo version pictured right.

As stretched limousines reach lengths at the limit of what city centres can handle, hire companies are looking to build the most imaginative cars they can. However, Toyota has no plans to put the Prius limo into production.

A spokesperson for the Environmental Transport Association (ETA) said: “The extra weight is likely to reduce its efficiency, but the Prius hybrid limousine offers Hollywood stars and hen parties alike a chance to reduce their carbon footprints.”