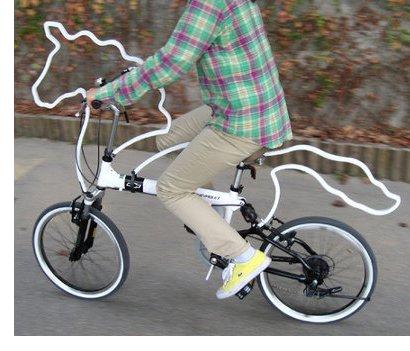 A bicycle accessory that gives a bike the outline of a horse has been shortlisted in the Seoul Cycle Design Competition 2010.

The bike ornament is called ‘horsey’ and came about because its designer, Eungi Kim, wanted to “give a special look to bicycles so that people would care about cycling not only as transportation but also as a lovely pet.”

A spokesperson for the Environmental Transport Association (ETA) said: “This accessory will not be for everyone but could prove very popular with younger cyclists.”

Cycle insurance from the ETA includes new-for-old replacement, third party insurance (in the case of an accident you may need to seek compensation or even deal with a claim by someone else), personal accident cover and if you breakdown, they will even come out and recover you and your bike.