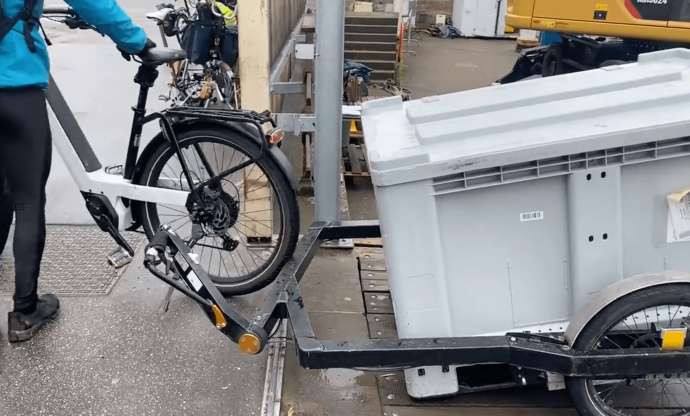 There are very few urban deliveries that can’t be handled by BicyLift – a clever design of bicycle trailer designed to quickly and easily carry pallets weighing up to 200kg. For example, when a fleet of 15 BicyLift-equipped bikes work to offload a barge, they replace the need for 150 small van loads  – saving 122 tonnes CO2 in the process.

The BicyLift has a width of only 1.13m, allowing it to access urban centres and drop goods close to their destination. 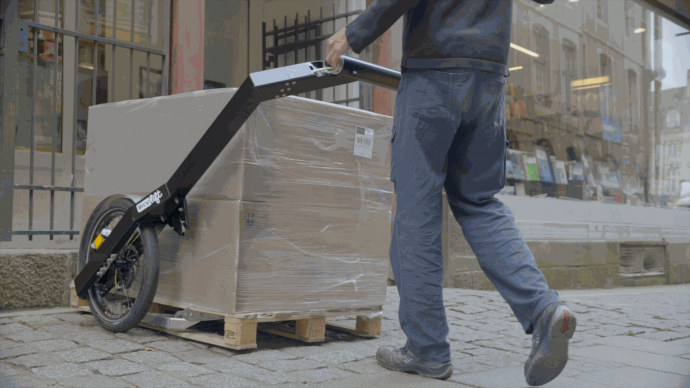 The really clever part is the way the trailer can be used to singlehandedly lift and manoeuvre a pallet.

Watch as an electric bicycle and BicyLift trailer pick up a pallet directly from a canal barge.

The rise of the cargo bike

The best cargo bikes might cost the same as a good secondhand car, but their widespread uptake in cities would have a transformative effect on our collective quality of life. Most importantly, they offer a opportunity for many to ditch the diesel.

Most people will be unable to spend thousands on a cargo bike, while at the same time running a car. But for those who can turn to public transport, rental vehicles or a car share club when needed, they can make financial as well as environmental sense.

Giving up a car in favour of a cargo bike and in the process saying goodbye to insurance, VED, petrol, resident permits, parking charges and fines, servicing costs and devaluation – not to mention the gym membership you’ll no longer need – can save the average city driver thousands of pounds every year.