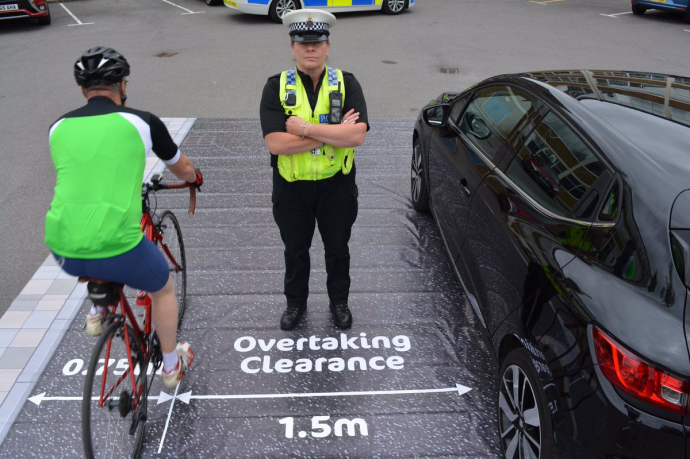 When drivers overtake too close it’s not just a frightening experience for cyclists, it’s life threatening. Given most drivers ignore the law that 1.5 metres must be allowed when overtaking, what can be done to stop the close pass?

Tether is the latest attempt at using a gadget to tackle the close pass. A small unit located on a bicycle’s handlebars throws a sprinkling of laser light dots on the road beneath and a sensor measures how close cars are passing. The data is collected via an app which then flags up roads where overtakes are less dangerous. The idea would be enhanced by a camera function that recorded dangerously close passes, but it can’t ever replace the need for fewer cars, lower speeds and better cycling infrastructure. If you’re intrigued by the idea, the makers of Tether are seeking 200 cyclists to take part in beta testing here. 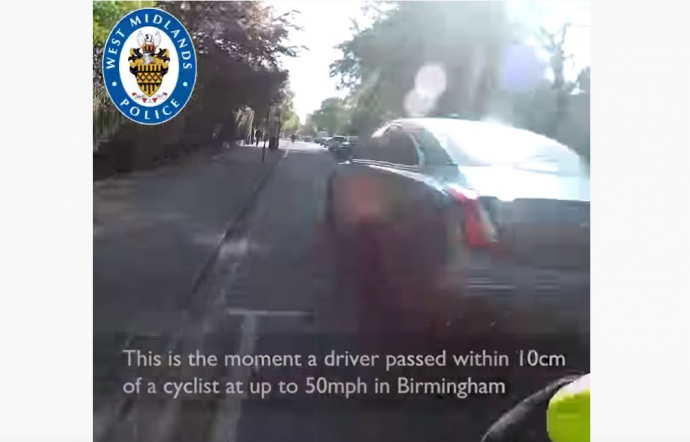 Why do drivers overtake so close?

Nobody knows for certain why some drivers insist on overtaking cyclists too close. However, it’s rarely because they’ve failed to spot the person on the bicycle. 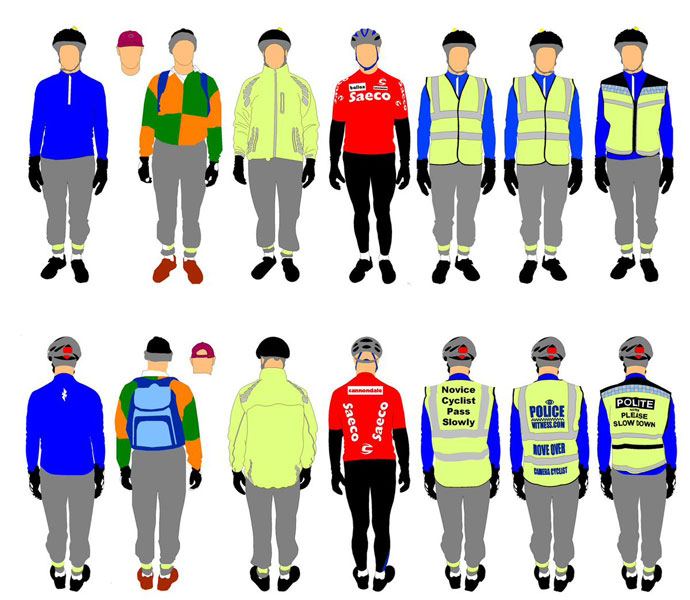 It doesn’t help that so few people in Britain now cycle. When we travelled to the Netherlands to shoot our documentary about road danger, Stop Killing our Children, we spoke to Vim Bot – national and international policy adviser for the Fietsersbond, the Dutch Cyclists’ Union:

Cars can rob drivers of their humanity

Australian research on attitudes towards cyclists last year found that 49 per cent of non-cyclists viewed people who ride a bike as non-human, according to the study which was published in the journal Transportation Research.

The research concludes that studies have shown that dehumanisation is associated with increased antisocial behaviour and aggression toward a variety of groups, and that it does so by removing normal inhibitions against harming others. Attitudes were measured by asking people to respond with how much they agreed with statements such as “I feel like cyclists are mechanical and cold, like a robot.”

The study also sought to connect dehumanisation to aggressive behaviour toward cyclists — which was measured by asking respondents if they had ever driven close to a cyclist on purpose, or behaved aggressively in another way.

The study found that the more dehumanisation a person admitted to, the more likely that they  behaved aggressively towards a person on a bike. Driving, it seems, robs many of their humanity.

The research team did not make specific recommendations about how to improve attitudes toward cyclists, but speculated that Australia’s mandatory helmet law may exacerbate the problem by obscuring riders heads and faces. It’s a hypothesis that’s supported by Dr Ian Walker, who used a bicycle fitted with a computer and an ultrasonic distance sensor to record data from over 2,500 overtaking motorists in Salisbury and Bristol.

Dr Walker, who was struck by a bus and a lorry in the course of the experiment, spent half the time wearing a cycle helmet and half the time bare-headed. He was wearing the helmet both times he was struck.

He found that drivers were as much as twice as likely to get particularly close to the bicycle when he was wearing the helmet. To test another theory, Dr Walker donned a long wig to see whether there was any difference in passing distance when drivers thought they were overtaking what appeared to be a female cyclist.

Whilst wearing the wig, drivers gave him an average of 14 centimetres more space when passing.

Across the board, drivers passed an average of 8.5 cm closer with the helmet than without. According to Dr Walker: “This study shows that when drivers overtake a cyclist, the margin for error they leave is affected by the cyclist’s appearance”.