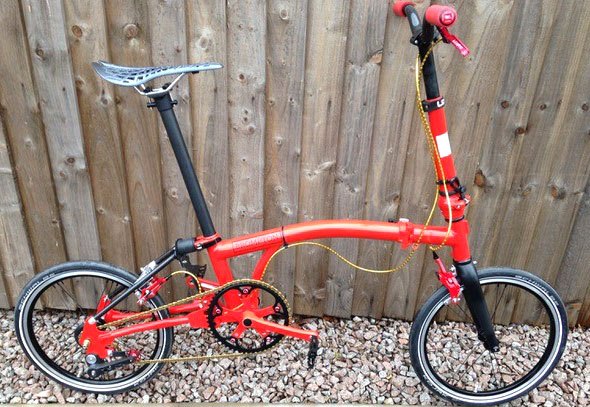 Bromptons have become the go-to folder for rail commuters, but you’ll be lucky to spot this one-of-kind custom superlight version by Derek Cranage.

Brompton’s range-topping S1E-X is a claimed 9.3 kg, but a host of bespoke carbon parts has reduced the weight of Derek’s bike to only 7.1 kg making it arguably the world’s lightest folding bicycle.

Derek has form when it comes to beating Brompton at their own game. When we covered news of the Tern Elektron and eagerly awaited Brompton electric folding bicycles, he wrote to us about two bikes he had recently built.

To my mind, Tern have lost out; both ours fold considerably smaller than the Elektron.

One is a highly modified Brompton, which folds in the same way as the standard version but is 1 cm wider. It has v brakes and an eight-speed hub gear. It weighs 14.9 kg and the battery takes it 25 miles with an output about twice that of the Tern Elektron.

Both bikes have the motor in the front wheel, the battery goes in a Brompton bag at the front, and with a small amount of pedalling will go 25 miles.

You can see examples of the type of electric motor kits fitted to both bikes at nanoelectricbikes.co.uk 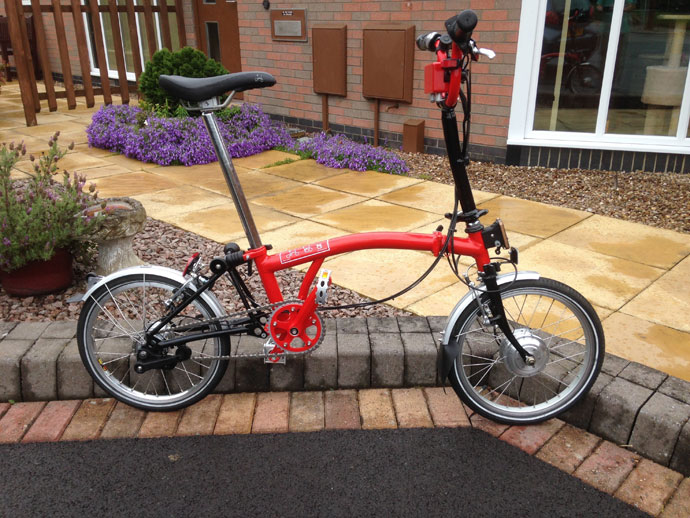 With ETA cycle insurance, however old the bike, if it’s stolen you get enough to buy a new model. Furthermore, every cycle insurance policy you buy from us helps support the work of the ETA Trust, our charity campaigning for a cleaner, safer transport future. Little wonder The Good Shopping Guide has voted us to be an ethical company like no other.