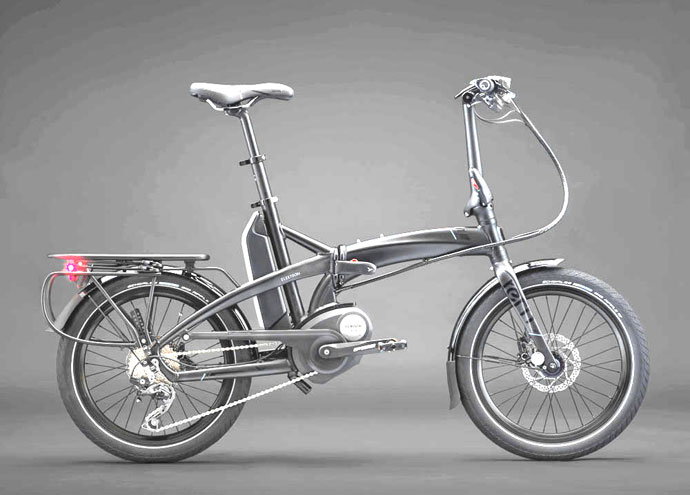 Tern has stolen a march on Brompton by launching the Elektron – a bicycle described as the smallest, most powerful folding e-bike ever.

The long-awaited electric Brompton has been in development for over five years and remains months away from launch. According to Cycling Industry News, the electric Brompton advanced prototype tips the scales at 16.5 kg and retains the company’s distinctive folding mechanism. The battery is housed within a rear rack and will include a USB connection to charge a phone or laptop. 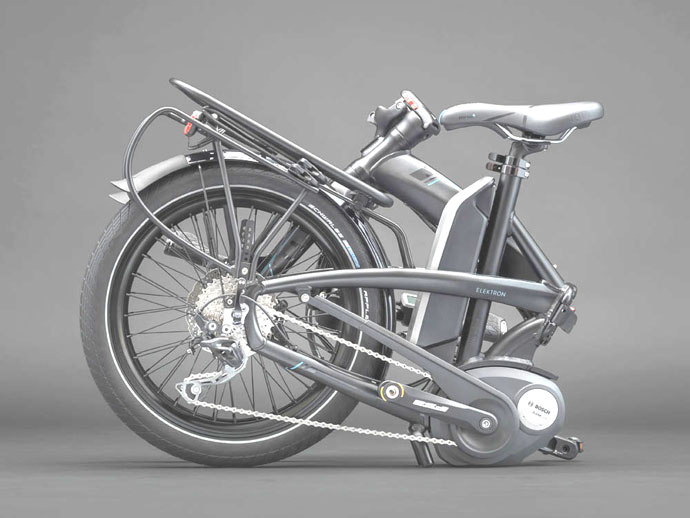 The Tern Elektron is due to be officially unveiled later this month and precise specs are scant, but we do know that a Bosch motor and 400Wh battery promise a 50-100 km range, with stopping power courtesy of Deore disc brakes. Mudguards and LED lights front and rear come as standard as does a luggage rack.

As with other folding bicycles, the Elektron takes one-size-fits-all approach – its adjustable seat post and handlebar mean the bike can accommodate riders from 140-195 cm tall.

The full specifications of the bike are due to be unveiled later this month at the Eurobike trade fair. Expect prices starting at around £2,000 when the Elektron goes on sale here in spring 2017. 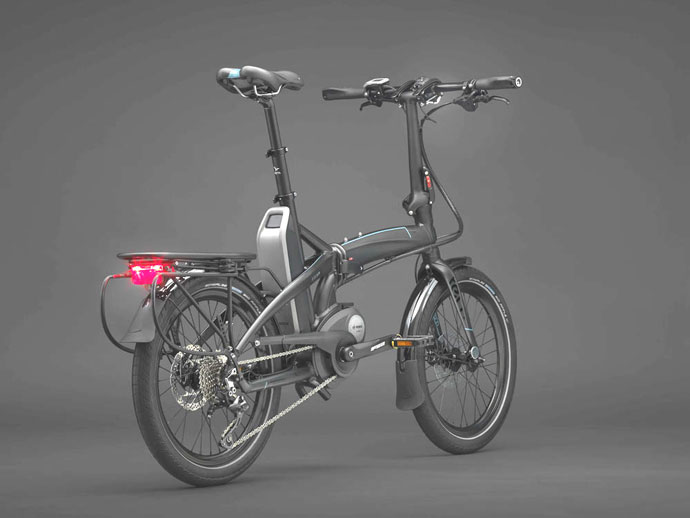 Tern Elektron: One of many

Whenever we have tested battery-powered cars, motorcycles and bicycles back to back we have come to the conclusion that the electric bicycle offers the best application of the technology. In terms of price, range and usability the bicycle is the most practical option for those who want the benefits of an electric vehicle today.

Bicycles are easy to convert to electric power and light enough to be carried into a house to be re-charged. Best of all, the electrically-assisted bicycle is the ultimate hybrid; if the battery runs flat, the rider can switch to leg power in an instant.

There will be those who will scoff at the idea of an electric bicycle, but for many more the bikes will be a revelation. Electric bicycles are at their most efficient when the rider works in tandem with the motor; electrically-assisted bikes can make a 30-mile round-trip commute a realistic option for even a novice cyclist. They also make cycling more accessible for the elderly or disabled.

For all these reasons and more, the government has missed an opportunity by excluding electric bicycles from the grants offered towards the cost of buying an electric car.

On the face of it, one cycle insurance policy is much like another, but the devil is the detail. How much excess you will be charged is just one of the things that varies wildly between providers. Another is so called ‘new-for-old’ replacement – many insurers use this term, but if your bicycle is more than a few years old, devalue it severely. This means you are left out of pocket when you come to replace it. ETA cycle insurance never devalues bicycles and offers a discount for folders.