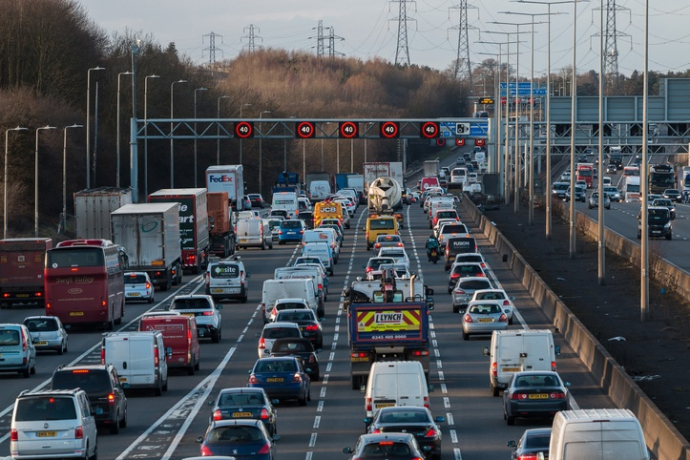 Rishi Sunak is considering plugging an estimated £40 billion tax shortfall created by the switch to electric cars by introducing road user charging. Ahead of this week’s announcement that a ban on the sale of new petrol and diesel cars will be brought forward to 2030, a treasury paper on a new national road pricing scheme has been presented to the chancellor. Sunak may also view road user charging as a way of helping to level debts run up during lockdown.

The ETA has been making the case for road user charging for thirty years.

What is road user charging?

What would the motorist be paying for?

There are any number of aspects that a motorist could be charged for using a road: damage to the road surface (track charges); noise; speed of travel; producing noxious gases; producing climate change gases; and most importantly access or use of roads at busy times. 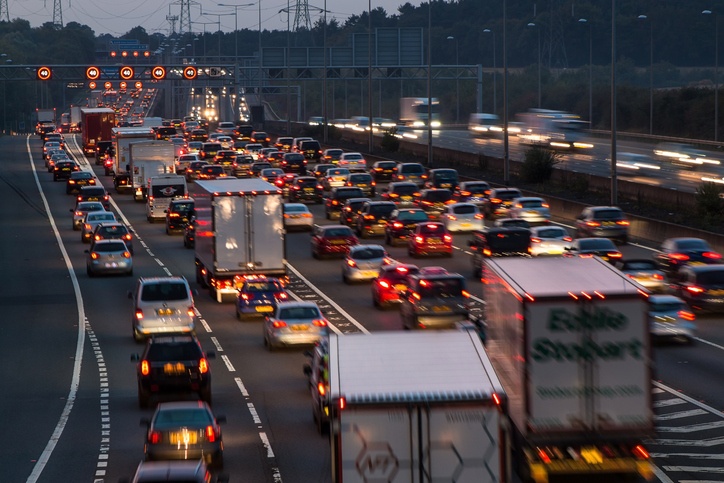 How would the motorist be charged?

There are many ways in which a motorist could be charged. A simple method would be a carnet or window sticker which gives the motorist access to certain roads. For example, all cars entering Switzerland have to pay for a carnet either before they enter via the internet or at the border. Tolls to cross bridges or use sections of motorways are commonly found across the world. These methods involve payment at toll booths laid across the road and often apply at any given time of day. Lorry drivers in Austria and Germany are tracked by satellite and charged per mile.

Most people imagine a national British system would involve a satellite tracking process with drivers being sent a monthly statement of all their journeys. This is possible, but not necessary. The charge in Stockholm is levied as a vehicle passes under a beacon in the road which reads the number plate. Drivers are sent a bill which must be paid within fourteen days.

In Britain we could use a system whereby the car, knowing where it was using its own global positioning device deducts an amount from an allocated mobile telephone. This system is the cheapest to introduce and means neither the government nor other members of the household need know where the driver has travelled.

Why is road-user changing so important?

Everyone agrees that Britain needs a safe, reliable and high quality transport system. Where we differ is how that vision can be achieved. Whether we give greater emphases to cycling or more roads or extra public transport one thing is certain: we cannot do it without road user charging.

Why is a transport policy without road-user charging doomed to fail?

Essentially because roads are free – and when anything is free we tend to over use them. In the case of roads, this leads to congestion. Studies have shown that even if the alternative public transport were free, motorists would still choose to drive – and in towns and cities this causes congestion. 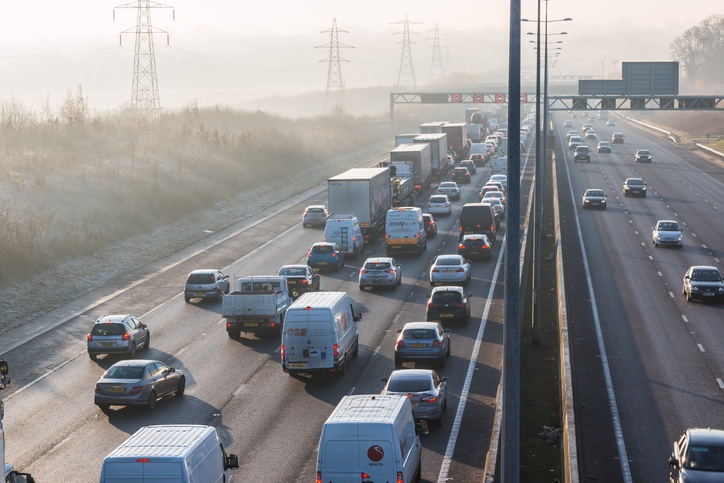 What are track charges?

These are charges to cover the cost of building and maintaining the road itself. At the moment roads are maintained (or at least supposed to be) by various levels of government depending on the type of road.

As well you might be. If you are worried about the national government knowing the location of your car – if you drive along a strategic route (a motorway or main ‘A’ road) they know already. Most of these roads have automatic number plate recognition.

Who will get the money?

What will it be spent on?

In theory the road user charge could be spend on anything. It could go directly into the general taxation pool or onto specific projects. It could depend on the criterion used for the charge. If it were noise then it could go to noise abatement; if it were track charges then it could go on improving the roads.

I don’t trust government to spend it on transport

Nor do we, so that is why the ETA recommended to government many years ago that a statutory regulatory authority, to be known as Oftrans be set up as a watchdog over all aspects of road user charging in the country. Its board members being appointed sequentially for terms longer than a normal government term to avoid party political pressure. 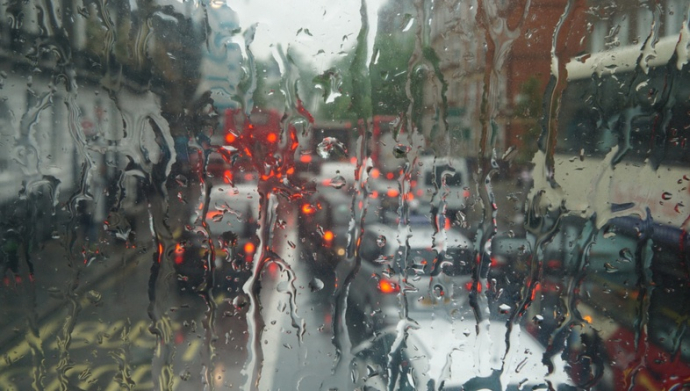 Will the charge be accurate?

No, nothing is perfect. But accuracy is very important. If there were 1% lack of accuracy, many millions of people would be affected. However, systems have been already developed across the world that have 0.0001 error rate or less.

Isn’t this a stealth tax?

Chancellors of the Exchequer, like every finance minister in the world would like to raise taxes without people noticing. That inclination does not change.

The need for taxation and setting charges changes over time. The biggest challenge facing the user of transport today is congestion on our roads and poor quality of our public transport. Apart from raising revenue for government, fuel duty and vehicle excise duty do not help solve this problem. The ETA proposes that road user charging should only be introduced on the basis that fuel duty and vehicle excise duty be withdrawn. So it would not be an extra tax, but one less tax.

Will anyone save money?

Before we introduce road user changing we have to be clear about who wins and who loses. As we focus on the possible people who will lose, we need to help them make changes in order that they too can gain.

How would it work?

Each vehicle – as part of its management system would know its location and the time. From its own on-board information it would be able to calculate how much the journey costs and bill itself from its store of money. There would be a number of ways of topping up the car – most people would have the vehicle do it automatically via the mobile phone or other digital network.

Manufacturers would be given plenty of time to integrate the technology into their new cars – many of which have most of the technology already. Depending on the lead time given – some cars will have to have a small box retrofitted. 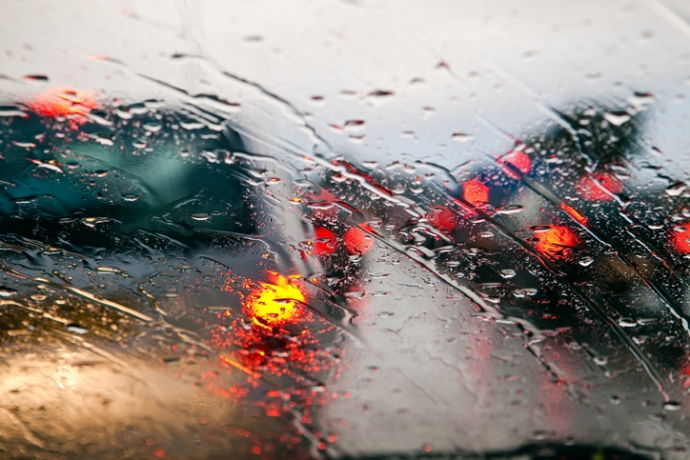 What about the ‘big brother’ eye in the sky?

Although satellite technology would be used, it would be purely be for the car to locate itself. Many cars have this functionality already. Government would have no greater knowledge of your whereabouts than they currently do from your mobile telephone.

If one wants to deal with climate change alone then there is no point in introducing road user charging. In taxation terms, the most effective way to deal with climate change would be to extend the climate change levy on to fuel and call it a carbon tax. At the same time (best done gently) removing both fuel tax and vehicle excise duty. However, this assumes that road building and maintenance would come from general taxation. There are also other externalities of using road vehicles, like noise, road danger, noxious exhausts, which should be charged for.

Although road user charge could be used for any purpose, it is more complicated and expensive to collect than a carbon tax or fuel duty so we would gain little on that front by its introduction. That is why road user charging is best where other taxes would not work well: congestion is an excellent example. For instance, if a county only contained electric cars then there would be no fuel tax but the cars could be producing congestion. Increasing fuel tax would not ease congestion. Road-user charge is also very useful in paying for road maintenance.

There is congestion in rural areas but it falls mainly on the national strategic highways: the M1 in Northamptonshire and the M6 in Staffordshire are good examples. In these places there will be pressure to use the road user charge to expand the roads to ease congestion. This could be done in a number of ways: to add extra lanes to the roads themselves; to divide the highway into long haul carriageways and local carriageways; or, to provide new roads on new routes to reduce the amount of traffic currently funnelled into the few motorways already in place. There is an argument to use the money to provide better rail infrastructure along these routes.

For the remainder of the rural areas, congestion is either very low and localised or non-existent. With zero fuel and road tax (the ETA recommends a general carbon tax) road travel costs in rural areas would plummet. 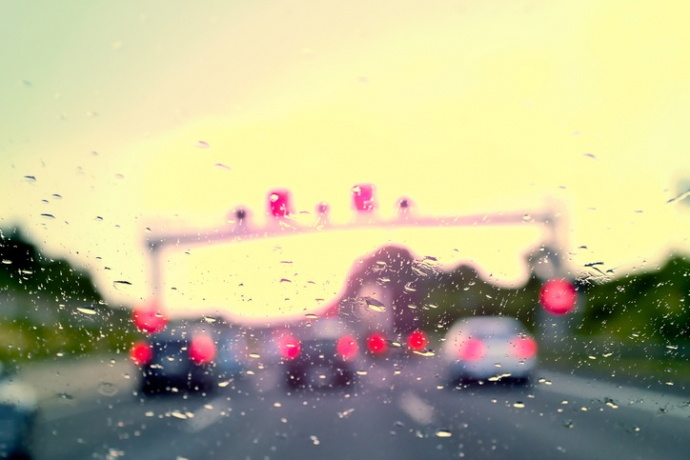 As urban areas would have a congestion charge, ranging from very low to quite high, this would, over time, displace travel from urban areas to rural areas. There would be pressure to develop business and residential districts in areas that hitherto had been declining. This can be seen as a blessing to some who would see an increase in employment and a curse to others who would see a loss of tranquillity and peace.

The charge would also reflect the cost of providing roads. Depending on the sophistication of the charge and how it is distributed many roads might not have sufficient funds to pay for them. (The ETA recommends that the charge is passed directly to the highway authority in each area – the county being responsible for inter-settlement or ‘B’ roads and the parishes for the rest, ‘A’ roads being the responsibility of the national governments). This is because many rural lanes have such low traffic that in order to maintain them the charge would have to be set quite high and it might choke off the little traffic there was on them. Parishes in, for example, the counties of Devon, Fermanagh, Highlands, Norfolk and Northumberland might decide to close many miles of unused roads.

There would be significant changes in traffic in rural areas, especially if the charging regime was based on pure market costs, that is why the ETA recommends that the charge is introduced early to enable it to applied gradually.

How would road-user charging enable the provision of a decent public transport in rural areas?

In rural areas under a road-user charging regime, motoring costs would be much lower but not everyone could either afford or otherwise be able to use a car. If no changes were made to other transport or planning policies, traffic in rural areas would increase simply because the costs were lower. More people would drive, they would drive more often and their journeys would be longer. For those people who were able to drive but could not afford a car, rural car clubs could be an option.

There would be a possibility for the county government to deliberately charge a high fee to enable the provision of a public transport system between all villages in their county. What level of service constitutes a decent level would be up to the electorate.

Rural areas differ widely from the very sparsely populated areas like western Northumberland to near suburban rural areas like south Surrey. There is little doubt that Surrey could afford to provide a comprehensive and frequent inter-village bus service funded in part by a road-user charge because it is a small, rich and populous county whereas Northumberland would find such a comprehensive service difficult to provide because it is large, relatively poor and sparsely populated.