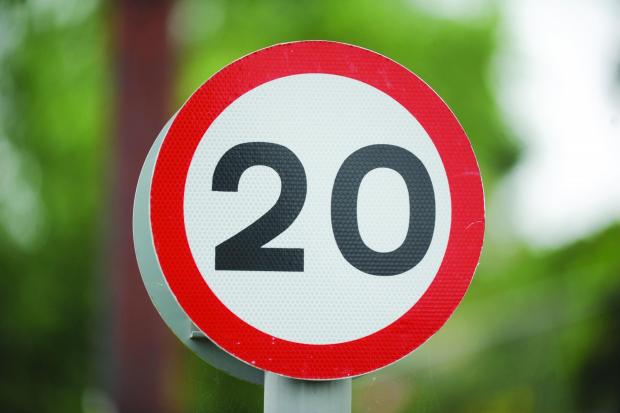 20mph zones hold the key to safer streets in urban areas, but the efficacy of these lower speed limits suffers a double whammy of enforcement levels so low they’re statistically insignificant and road design that encourages a flouting of the law.

Don’t get us wrong. Here at the ETA, we’re proud to have helped coin the phrase “Twenty’s plenty” and thrilled that over the years it evolved into 20’s Plenty for Us, a campaign group we continue to support.

Given the number of deaths and serious injuries on our roads, there is no justification for 30 mph as the national speed limit. According to 20’s Plenty for Us, “The 30mph limit that was plucked out of the air in 1934 as being better than no limit, is no longer fit for purpose. It is unjust, unjustifiable and needs to be consigned to history.“

There is no doubt that 20mph limits have numerous benefits. The introduction of 20mph speed limits in areas of London has contributed towards a 50 per cent reduction in the number of children killed or seriously injured on the roads (see British Medical Journal) – these zones not only reduce casualty figures, they improve quality of life by transforming streets into areas where people are happy to cycle and children are able to play. 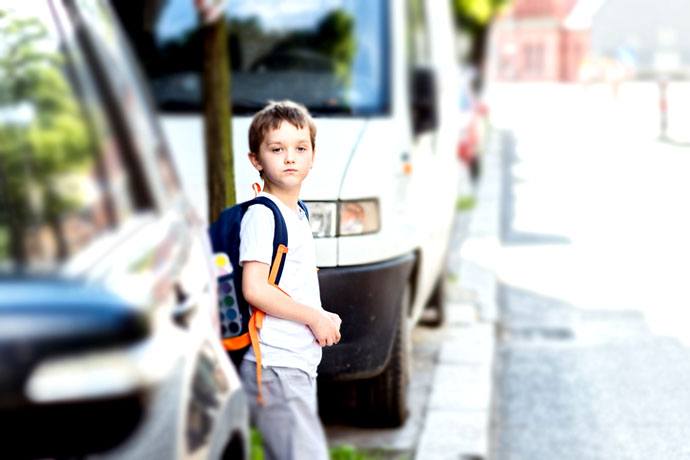 However, while the benefits of 20 mph limits are indisputable, enforcement remains a challenge. The Metropolitan Police oversees roads that see 5.5 million car trips every single day. Given that  according to research by TfL, 87% of drivers break a 20 mph speed limit when they have an opportunity to do so, and that one third of London’s streets are now subject to a 20mph limit, take a guess at how many drivers in London are penalised for breaking a 20 mph limit on a typical day. The answer is 117 – a figure so low as to be statistically insignificant and of particular concern in a city with a Vision Zero commitment to eliminating all deaths and serious injuries by 2041. 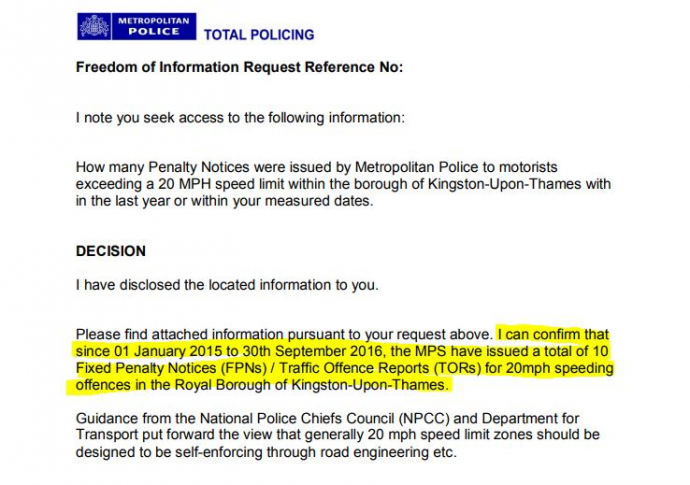 Guidance from the National Police Chiefs Council and DfT put forward the view that generally 20mph speed limit zones should be designed to be self-enforcing through road engineering. This might be a rational position to take if it wasn’t for the fact that for the most part 20mph road engineering comprises a small road sign. Far from calming speeds, most urban and suburban roads feature long and wide stretches – an arrangement that encourages higher speeds.

While the enforcement of 20mph zones remains in a no-man’s land between cash-strapped police and local authorities, we fail to reap its full potential and motoring groups use it as an opportunity to lobby against the widespread introduction of lower speed limits. The AA imply that drivers are incapable of adhering to the law and that 20mph limits exist to keep drivers below 30mph. It’s a perverse logic that not only ignores the proven benefits of lower speeds but overlooks the corrosive effect on society of any law that is almost universally flouted.

As the nationwide network of 20mph zones continues to grow, it’s vital that effective road engineering and robust police enforcement go hand in hand to ensure it delivers  its full potential.

We were established in 1990 as an ethical provider of green, reliable travel services. Twenty-nine years on, we continue to offer cycle insurance, travel insurance breakdown cover and home insurance while putting concern for the environment at the heart of all we do.