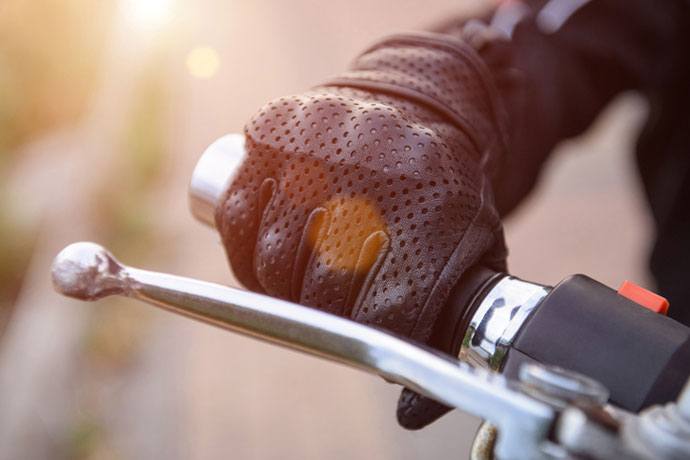 If you are one of the thousands of British bikers who each summer head to the excellent French roads, a new motorbike glove law will have been introduced since your last trip. It is now against the law on France to ride any motorcycle or scooter without CE certified gloves . Passengers also have to wear gloves on a motorcycle.

Approved gloves will have a label mentioning European directive 89/686 / EEC.

It’s unlikely that any biker is going to set off on a tour without a pair of gloves. However, the new motorbike glove law may catch out those doing a quick ride from the campsite to the beach or local shop.

If you are caught riding without gloves you will fined 68 euros. Your pillion will also be fined if they are without the correct motorcycle gloves. If you pay within 15 days, the fine is reduced to 45 euros. 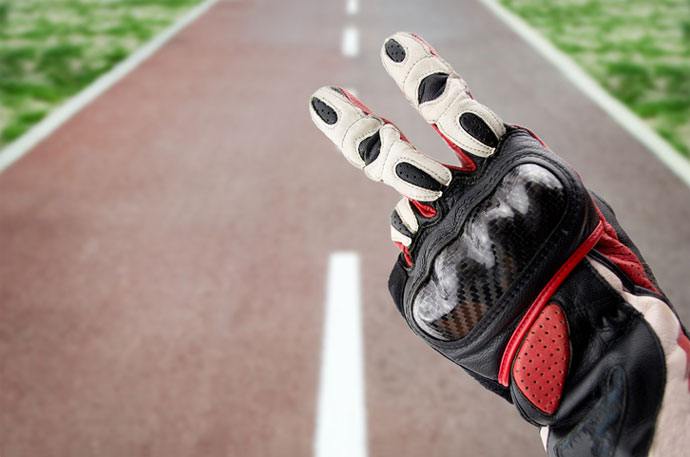 Euro breakdown cover from the ETA is available for cars and motorbikes up to 20 years old.

The cover includes motorcycle hire for up to 14 days (maximum £60 per day). If your bike cannot be repaired within 72 hours the ETA arranges for you, your pillion and your motorcycle to be repatriated to your home.

Cover for travel through any of the countries listed above is charged at the same rate. Seven days’ cover is just £26.60. Get an instant quote

Driving to France this summer?

The ETA Guide to Driving in France is a free e-book packed with information and advice for anyone planning a driving trip across the channel.

At this time of year there is still plenty of time left in the motorcycling ‘season’ to find the right bike, buy it, enjoy a European tour and then sell on. if you choose carefully you should be able to sell the bike for the same amount you paid for it. If you’re clever, you can turn enough profit to pay for the trip. 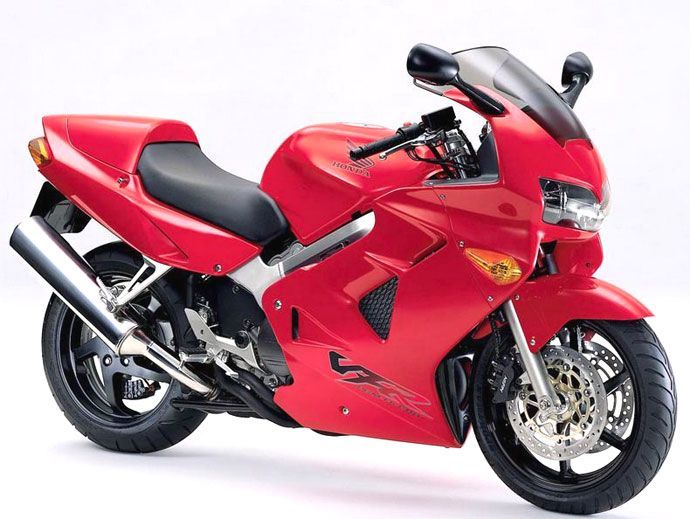 The VFR is a workhorse ideally suited to European touring

The buy, tour, sell approach can be applied to a bike of any age, and we have customers who buy 14-plate tourers like the Kawasaki GTR1400 simply to tour and then pass on, but what if your budget doesn’t stretch that far?  We found two bikes this month that make good tourers and could be sold on this summer without losing money.

The Honda VFR800fi is a silky smooth and bullet-proof V4 with armchair levels of comfort. Crucially, Honda build quality is matched by flawless handling. The bike can feel like a handful in city centres, but remember this is a bike to enjoy on the roads of Europe.

We found an exceptionally clean example on a T plate, but with a mountain of paperwork and only 11,000 miles. As you would expect, it runs like a Swiss watch. At £2,300 it’s at the upper end of prices for an early VFR but the bike’s reputation for exceptional built quality and reliability ensures clean examples retain their value.

With a range of 180 miles from its 21 litre tank,108 hp and a very linear delivery of power, the VFR is ideally suited to European touring, even when carrying a pillion and luggage. However, if you like a little more grunt and can live with a (much) smaller tank range a Honda Firestorm VTR1000 of the same era can represent great value. We found a year-2000 model on Gumtree with only 7,500 miles for £2,100. The bike is so clean that you could put 1,500 miles on it during a European road trip and quickly sell it for £400 profit on eBay once you get home.

Neither bike is considered pinup material, but a good touring bike needs above all to handle the trip without breaking down far from home. Whatever bike you set off on this summer, make sure you buy European breakdown cover.

Europe by motorcycle: It doesn’t matter what you ride

Don’t make the mistake of thinking you need a big multi-cylinder machine to conquer Europe by motorcycle. In the 1960s, scooter riders thought nothing of crossing the channel to tour on two-strokes. And while Ewan McGregor’s adventure rides have done wonders for sales of the might BMW GS range, don’t forget that in 1980 two riders completed the gruelling Paris Dakar having ridden their Vespa scooters across 7 countries and 10,000 km of brutal terrain.

The cheapest and most popular option is to cross the channel by ferry or tunnel, but the route from Plymouth or Portsmouth to Bilbao or Santander is a civilised way to get straight to the incredible roads of northern Spain. Alternatively, you can put your bike on a train to Italy. A Dusseldorf to Verona Motorail train operates from July to August. Düsseldorf is less than four hours from Calais, or less than 3 hours from Hoek van Holland, Rotterdam or IJmuiden (serves by ferries from Harwich, Hull and Newcastle).

What do I need to take?

Whether you’ve got a full set of hard luggage, throw over bags or you are braving it with a sports bag bungeed to the passenger seat, pack smart – decide on what you think you need and then take only half that amount. At the first set of twisty roads, you will curse yourself if you have overloaded the bike.

Don’t forget to sign up for a free European Health Insurance Card (EHIC) card at dh.gov.uk/travellers.

The EHIC card entitles you to free health care if needed and most travel insurance policies require that you have one. Get an instant quote for travel insurance that covers motorcycle touring.