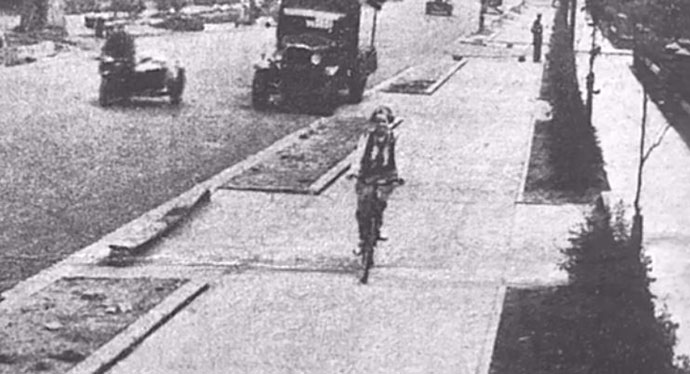 Between 1934 and 1940 Britain’s Ministry of Transport built at least 280-miles of segregated cycleways, usually on both sides of the new arterial roads springing up all over the country at that time. The photograph above shows one such Dutch-style cycling facility that was built in Manchester in 1937.

Some of these cycleways still exist, but languish unused because either they are no longer considered part of cycle infrastructure or lie hidden under a few centimetres of soil.

Journalist Carlton Reid and urban planner John Dale have launched a crowd-funding campaign to see these cycleways resurrected, which has already surpassed its target. To make a pledge or simply find out more about his fascinating and worthwhile project, watch the film below and visit their Kickstarter page.

With ETA cycle insurance, however old the bike, if it’s stolen you get enough to buy a new model. Furthermore, every cycle insurance policy you buy from us helps support the work of the ETA Trust, our charity campaigning for a cleaner, safer transport future. No wonder The Good Shopping Guide has voted us to be ethical.