If the average D-lock seems too passive a way of protecting against bicycle theft, check out BIKE MINE – the world’s loudest alarm.

When thieves come for your bicycle in the dead of night they have a massive advantage. You are asleep. They have time to prise open sheds and dismantle locks in peace. The answer, according to the makers of BIKE MINE, is to use the world’s loudest alarm.

When tripped by a thief, BIKE MINE detonates a 150 dB blast of sound; more than enough to startle a thief and raise the alarm. It’s an idea that isn’t intended to replace the need for a good insurance policy, but rather a simple, low-tech means of protecting your bicycle when it’s stored on your property. 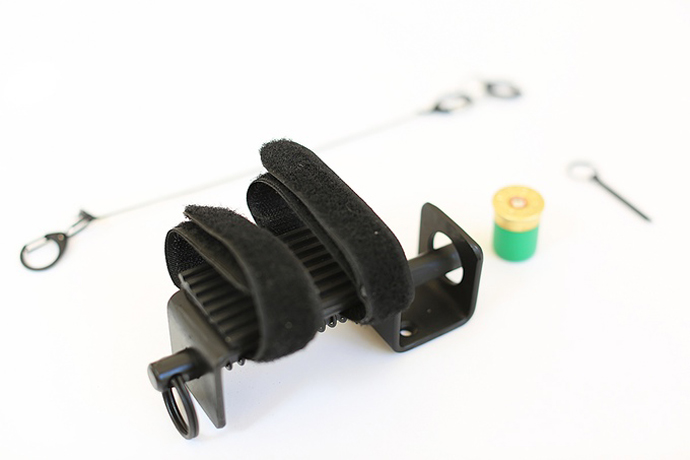 Only one moving part makes BIKE MINE reliable around the clock

BIKE MINE comprises a length of titanium wire, a spring-loaded trap and a small detonator. Velcro straps allow it to be attached quickly to any type of bicycle and a neoprene rubber coating protects the frame from unwanted scratches. The design has the advantage of being low-tech; there are no batteries to run down and only one moving part, which means reliability around the clock and in all weathers.

Win your own BIKE MINE

We have a BIKE MINE worth £49 to give away. Please leave a comment below and let us know what bike you would use it to protect – we will pick a winner later this month.

Protect your bicycle from £1.85 per month

BIKE MINE might be an innovative approach to tackling theft, but it can’t protect beyond the boundaries of your property. In other words, it can’t replace the need for a good cycle insurance policy. Unlike most insurers, ETA never devalues your bicycle if it’s stolen. It’s just one of the reasons they were voted to be an ethical company like no other by the Good Shopping Guide. Get an instant quote here