Helios is the world’s first integrated headlight and indicator system for bicycles; Bluetooth and GPS-enabled intelligent handlebars that add smart features to any bike. 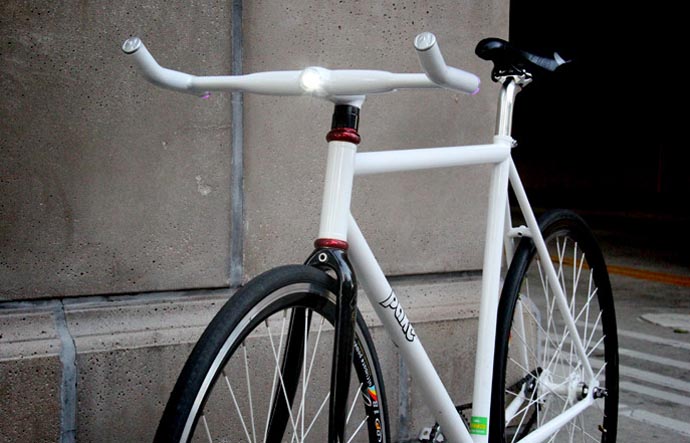 Helios handlebars cost from £130 and include all the following features:

There is no requirement for a car to have headlamps to pass an MOT or be driven legally during daylight hours, but that doesn’t stop manufacturers including them on every model they sell. They do it because they have assumed most motorists want to drive at night. So why on earth are things so different when it comes to bicycles?

Lights, mudguards and anti-theft devices have been incorporated into car design from the very earliest days of motoring, but cyclists are still waiting for these staple features.

It is possible to buy a bicycle already fitted with mudguards and lights, but in this country it’s very much the exception rather than the norm. And if these items were factory-fitted they could be incorporated into bike, which makes possible designs that are more elegant and difficult to steal than most after-market accessories.

Integrated technology in cars didn’t stop at mudguards and it’s now impossible to buy even the modest city car without airbags. 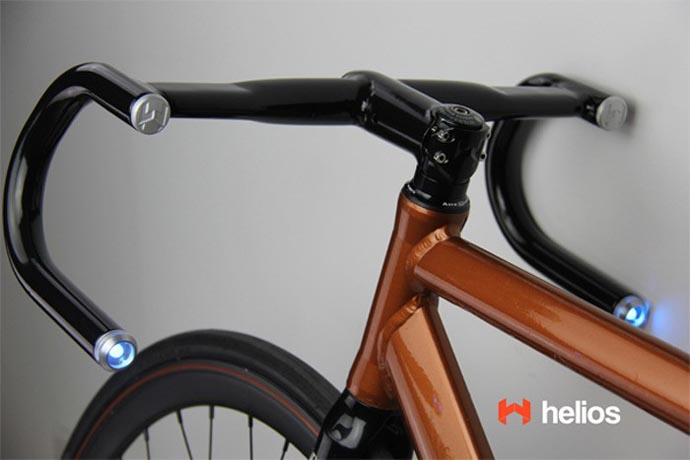 There’s no doubt that bicycle have a lot of catching up to do, but it could happen very quickly if major bike manufacturers adopted the design and technology being pioneered by Helios.