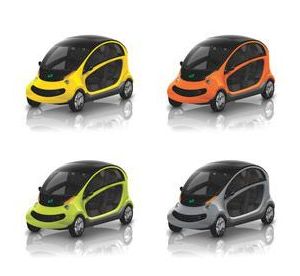 The Swedish government has presented what it describes as Europe’s “most ambitious” strategy to improve energy efficiency and cut emissions.

The country aims for 50 per cent of its energy to be renewable by 2020, for its entire car fleet to be independent of fossil fuels 10 years later and for the country to be carbon neutral by 2050.

The proposal will involve the country slashing its greenhouse gas emissions by 40 per cent from its 1990 levels within the next 11 years.

The government will spend £24m each year on a raft of energy-saving initiatives including an emissions-based vehicle excise duty similar to the British system and an increased investment in carbon offset projects in developing countries.

A spokesperson for the Environmental Transport Association (ETA) said: “Sweden takes over the EU presidency in July so it is apt that the country shows commitment to the environment in this way.”

Speaking at the G8 summit last year, Gordon Brown suggested that by 2020 all new cars sold in Britain could be electric or hybrid vehicles producing less than 100 grams of CO2 per kilometre.

Gordon Brown said: “I think a combination of car licence [vehicle excise duty] and petrol costs could – if we could develop the new technology – be to the benefit of car drivers. I see there being incentives to people to adopt hybrid cars. Cars that the ordinary family…can think of buying.”

Unfortunately for most drivers, electric and hybrid cars remain an expensive and impractical alternative to petrol and diesel models

What is the ETA?

The ETA is an organisation providing motorists and cyclists with carbon-neutral breakdown cover and insurance products. As well as encouraging responsible driving to reduce carbon, the ETA campaigns for sustainable transport.