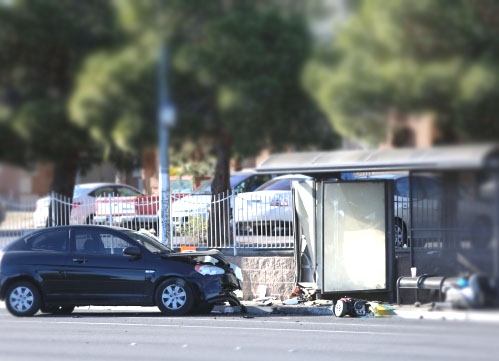 Road danger reduction in Britain is as politically toxic as gun control in America.

Why else would the offence of riding an e-scooter on the road attract a £300 ticket, confiscation, £600 costs to get the scooter back and six penalty points when drivers who kill routinely walk free with little more than a ticking off?

Examples of ludicrously lenient sentencing of drivers who kill are so numerous it’s hard to pick one. How about the driver in 2017 who while parking, and travelling at an estimated 5mph, not only managed to collide with a woman, but continued driving until the car had passed over her body – killing her in the process. The same driver had previously been banned from driving twice. At the time of the fatal crash, the driver was banned from driving and uninsured.

Sentencing, Judge Mark Brown told the defendant: ‘This is on any view a very sad and tragic case. You drove your car looking for a space and your vehicle collided with her and you then drove over her body. I have no doubt this has all happened within the blink of an eye.”

A collision report concluded that the defendant was driving at about 5 mph and there were no defects with the vehicle.

The judge summed up by saying ‘I hope you have learned a profound lesson’ before allowing the defendant to walk free with an 18-month driving ban – that’s a ban, on top of a ban on top of a third ban. A recent Freedom of Information Request sent out by the BBC, found 203 people in Britain were still driving despite accumulating more than 18 points. One man in Britain continued to drive legally with 62 points on his licence.

Christopher Gard was texting at the wheel when he killed cyclist Lee Martin. Gard had six previous convictions for mobile phone use at the wheel, and was allowed to continue driving by the magistrates court after pleading exceptional hardship. At least the farsical nature of British road traffic law appears to be applied without fear or favour. You can run down and kill a peer of the realm as they use a zebra crossing, plead guilty to driving without due care and yet still escape with little more than a short ban.

Lord Taylor of Blackburn was on a zebra crossing outside the House of Lords when the driver of lorry struck and killed him.

Sentencing the driver at the Old Bailey, Judge Anuja Dhir QC said: “The size of the vehicle you were driving and the weather conditions on that day should have meant that you were even more careful than you would normally be. You were not.” And yet the penalty handed down amounted to little more than some community service and a driving ban. 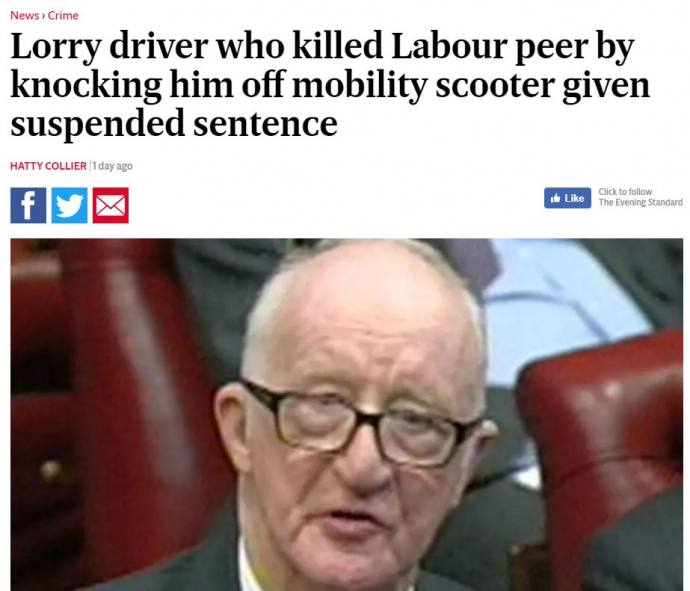 Recent articles of ours highlighting the case of a four-year-old girl on a footpath killed by a delivery driver who didn’t want to obstruct traffic attracted a barrage of criticism – one comment on this website accused us of being ‘rabid militants’.

To such people we say please watch our short film about road danger.

Stop Killing our Children from ETA on Vimeo.The police are under-funded and hampered by an inadequate legal framework – both symptoms of the complete absence of any systematic approach to road danger reduction. Little wonder there is such institutionalised apathy towards death and injury on the roads.

Not only are we judged to be Britain’s most ethical provider, we campaign for sustainable transport. Sometimes that means protesting until a school gets the zebra crossing they’ve been refused, or running 60 roadshows this year to encourage people out of their cars, or fixing bicycles for free. Supporting this work is easy – you simply take out insurance with us. Browse our products