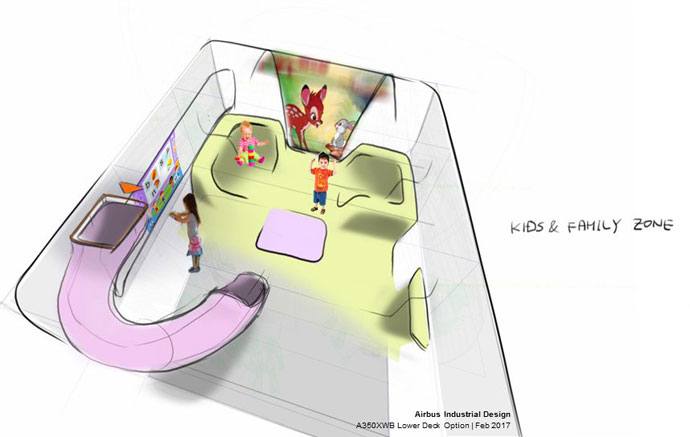 If you have ever endured a long flight plagued by children (your own or other people’s), you may be interested to learn that Airbus is planning to transform some of its aircraft’s cargo holds into play areas for children.

A modular system will allow the aircraft manufacturer to transform some of the lower-deck cargo space on its aircraft into sleeping berths, lounges, conference rooms, medical facilities and even play areas for children.

Airbus already builds crew rest facilities into the lower decks of its aircraft and the new passenger modules being proposed would be easily interchangeable with conventional cargo containers.

From the look of the Airbus designs, the flying playground would include the omnipresent video screen, seating and a slide. If you think this all sounds a little far fetched, remember that Airbus already equips its largest aircraft with showers – a luxury that requires over an extra half ton of water to be carried.

It’s all a world away from the cramped experience of budget travel and harks back to the early days of commercial flight. 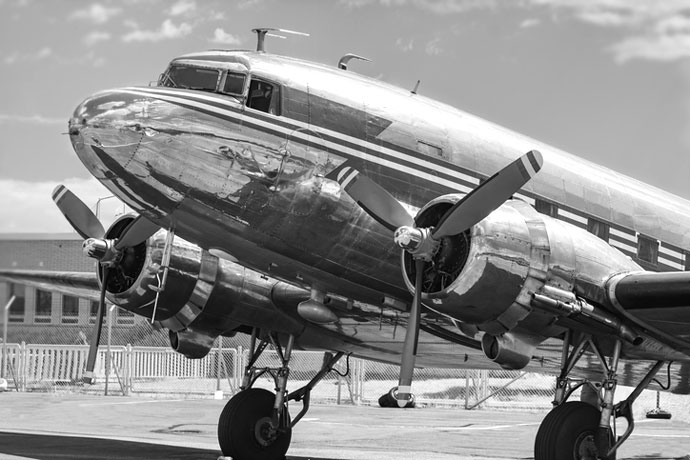 On the twin-engined Douglas DC-3 in the 1930s, every passenger had access  to a flat bed.

Reminiscent of the Japan capsule hotels, the Airbus mock-up of its proposed sleeping berths is short on windows but manages to use the available space as efficiently as possible. 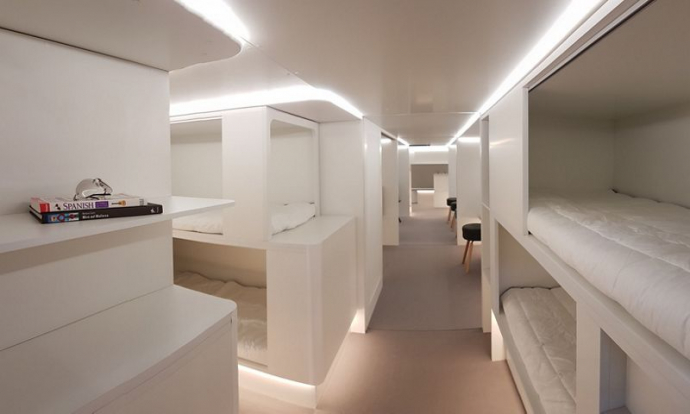 Whether you need insurance for holiday or business travel, ETA Travel Insurance has you covered. We can cover a single trip up to 31 days in length, or an unlimited number of trips per year with an annual multi-trip policy.

The environmental impact of flying

You don’t need flying playgrounds or airborne hot showers to understand the attraction of commercial flight – it’s am extremely quick and comfortable way to cover long distances. And thanks to substantial subsidies, air travel remains a disproportionately cheap way to travel. The true cost is that just one return flight from London to New York produces a greater carbon footprint than a whole year’s personal allowance needed to keep the climate safe.

Our carbon footprint is the estimated amount of carbon dioxide (CO2) given out as we travel, buy food, heat our homes and enjoy our usual lifestyles.

The average personal footprint in Britain is 7.1t (2013). To get down to a fair share of the world’s total; this must be cut to 1.2t. On every flight to New York and back, each traveller emits about 1.2t of CO2.

The Intergovernmental Panel of Climate Change estimates that the warming effect of aircraft emissions is about 1.9 times that of carbon dioxide alone, due to the other gases produced by planes. In other words, if we fly, air travel overshadows all our other impacts.