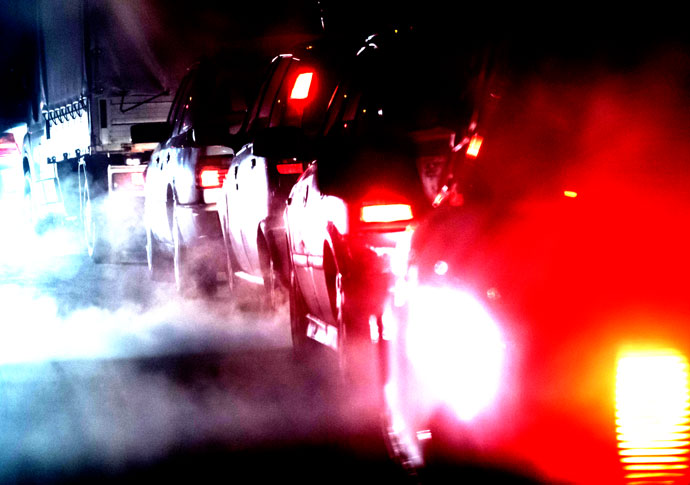 It’s become a tradition for drivers to complain about petrol prices, vehicle tax, insurance premiums and the other general expenses of running a car. However, new research that reveals diesel exhaust fumes give asthma to children is a stark reminder of who pays the highest cost of motoring.

It has been known for some time that diesel exhaust fumes exacerbate asthma, but researchers at Leeds University have found that the microscopic particles of soot and nitrogen dioxide emitted in diesel exhaust are responsible for turning otherwise healthy children into asthmatics.

Scientist at Leeds, James Tate, told the Times, “Our conclusion is that traffic pollution is linked to new cases of asthma in children.”

The authors of the research used data from countries around the world to correlate the health of one million children with pollution levels.

Over one million children in Britain suffer from asthma – a condition which costs the NHS £1bn a year in treatments.

The government estimates nitrogen dioxide pollution kills over 20,000 people in Britain each year, while particulates cause another 29,000 premature deaths.

Therese Coffey, the government’s air pollution minister has said there is a commitment to cut air pollution, but a meaningful improvement will require radical action. Emissions Analytics, a company currently in partnership with Imperial College studying urban emissions for transport planning and policy, tested over 350 diesel vehicles to find Euro 6 diesels produced levels of NOx significantly above the legislated limits. As reported in the International Council on Clean Transportation’s 2014 report, the average was seven times over the limit.

The chancellor last week made commitments of over £1.8 billion for roads. Cycling and walking received nothing.

Your journey. Our world

The Environmental Transport Association was established in 1990 as an ethical provider of green, reliable travel services.

Twenty-six years later, we continue to put concern for our environment at the heart of all we do. We have been applying the highest ethical and environmental standards to our business since 1990 – long before corporate social responsibility became a buzzword – but don’t take our word for it. Beating household-name insurance companies such as John Lewis and the Co-op, we have been named as an ethical company in Britain by the Good Shopping Guide.

Find out more about our cycle insurance, breakdown cover and travel insurance.