Having already established a reputation as the Pope who takes the bus, Pope Francis will take another step towards cementing his image as the people’s pontiff when he takes delivery of the first ever pedal-powered Popemobile. 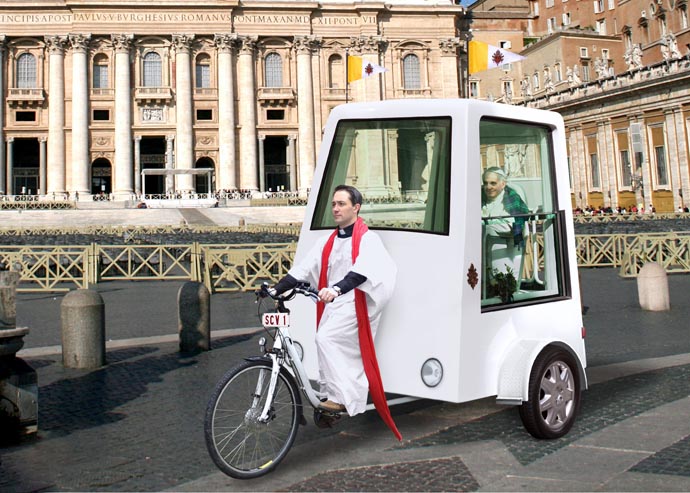 The entirely carbon-neutral, pedal-powered Popemobile was originally commissioned by the Environmental Transport Association (ETA) after the previous pontiff, Pope Benedict, expressed his desire for a green, all-electric vehicle.

It is expected that the armour-plated pedal-powered limousine – the first of its kind in the world – will be ready for delivery later this summer.

“Cycling is the great leveller”

Designer of the pedal-powered Popemobile, Yannick Read, said: “Cycling is the great leveller – a means of transport as serene as it is practical and an entirely appropriate way for a Pope to travel. The green-credentials of the vehicle dovetail perfectly with Pope Francis’s image as the people’s pontiff.” 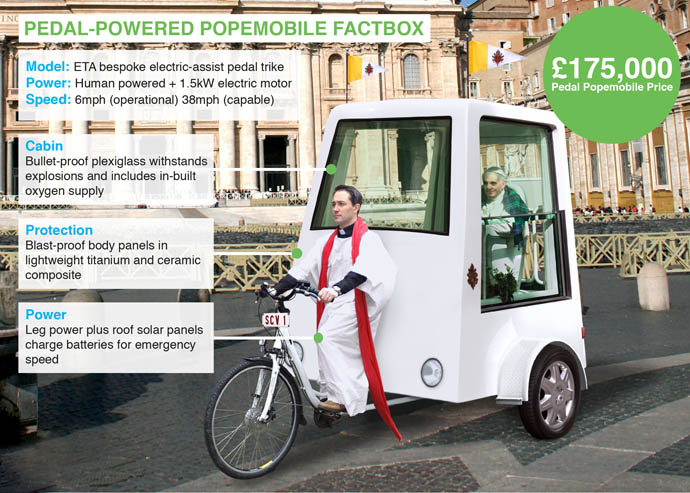