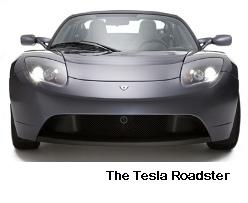 Toyota, a company that favours hybrid technology such as that used in its Prius over electric vehicles, is to buy a £35m ($50m) stake in California electric-sports car maker Tesla. The decision comes months before Nissan is due to start selling the 100 per cent electric Leaf car in America.

As car makers in America are jostling to produce the cleanest cars as increasingly tough regulations push them to offer low-emission vehicles, Toyota and Tesla will jointly develop electric cars, parts and engineering support.

A spokesperson for the Environmental Transport Association (ETA) said: “Both parties will benefit from this partnership: Nissan is about to launch the world’s first mass-produced car as an alternative to the Prius and Tesla has much to gain from Toyota’s expertise as it expands its range.”

The two-seater Tesla Roadster is currently the only highway-legal car available to buy in America, but will be joined later this year by the five-seater Nissan Leaf and GM Volt electric cars.

In stark contrast with pro-electric vehicle stance adopted by Nissan, head of research and development at Honda, Tomohiko Kawanabe, this week told Bloomberg news:“We are definitely conducting research on electric cars, but I can’t say I can wholeheartedly recommend them… It’s questionable whether consumers will accept the annoyances of limited driving range and having to spend time charging them.” Read more

How the Tesla Roadster, Toyota Prius and Nissan Leaf compare

Toyota has pioneered the mass-market hybrid – a type of car that will sell in far greater number than electric cars for the foreseeable future. However, the forthcoming Nissan Leaf makes it vital that Toyota makes an investment in the electric car market. $50m is a small sum in car manufacturing terms, but Tesla will make good use of it; it is a dynamic company that already leads the world in high-performance electric vehicles.