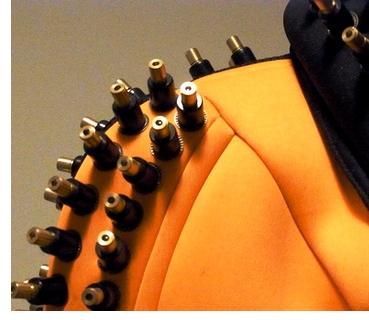 A jacket that emits light from over 100 lasers attached to its front, back and arms could be the ultimate high-visibility accessory for cyclists.

Artist Wei-Chieh Shih has no plans to manufacture the jacket, but its ability to illuminate in all directions would make it a highly-effective lighting system for urban cyclists wanting to be seen by other traffic. Conventional bicycle lights illuminate only the road ahead, but the majority of collisions involving cyclists that occur at night happen when a rider is struck from the side.

A spokesperson for the Environmental Transport Association (ETA) said: “Bicycle lights are getting brighter and can now be incorporated into clothing, so laser light jacket is not as far-fetched an idea as it might seem.”

Bicycle lights are getting brighter 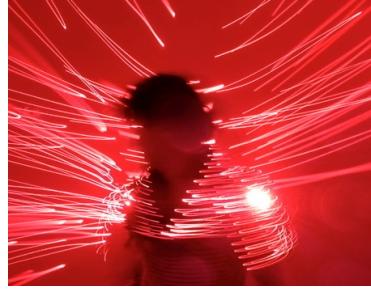 New technology is fuelling a cycle lights arms race; the most powerful of the latest crop of LED, Xenon strobe and high-intensity discharge (HID) bicycle lights are rated at over 2000 lumens – by comparison, the typical halogen car headlamp produces around 1000 to 1500 lumens.

How does your cycle insurance match up?

Cycle insurance from the ETA includes, amongst other things, new-for-old, third party cover, personal accident cover, race event cover and if you suffer a mechanical breakdown, they will come out and recover you and your bike. Get an instant, no obligation quote below.