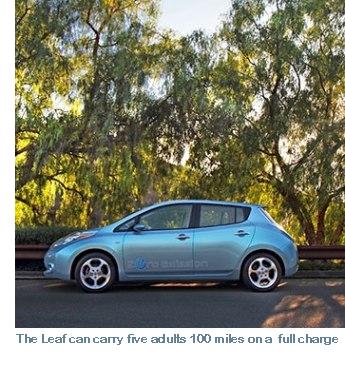 Despite being many months away from production, the all-electric Nissan Leaf has been pre-ordered by over 56,000 people in America – a situation that may lead to a waiting list for new cars when deliveries start at the end of this year.

At the Geneva Auto Show, the CEO of Nissan, Carlos Ghosn, said that he expected “no competition” for the Leaf in 2011 – the Mitsubishi iMiev electric car is being produced in far smaller numbers.

Nissan has said that it plans to make 100,000 electric cars a year by 2012. The company is gambling on a future car market dominated by electric vehicles rather than the petrol/battery hybrids currently sold by its rivals, Toyota and Honda.

A spokesperson for the Environmental Transport Association (ETA) said: “The Nissan Leaf is expected to cost around £20,000 and will be eligible for the £5,000 electric car grant being offered by the government.”