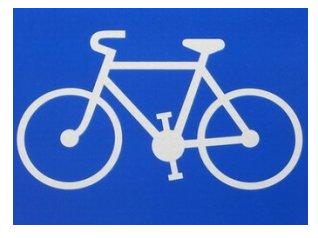 Alongside an increase in people using bikes, the city has seen a greater number of reported clashes between cyclists and drivers; cases include cyclists being driven off the road, screamed at by drivers and pelted with missiles. Occasionally, the altercations have resulted in physical assaults.

Several American cities and states are addressing the problem by implementing a local law that makes harassing a cyclist a criminal offence. Such laws discourage this type of behaviour toward cyclists and provide another tool with which to prosecute offending drivers.

A spokesperson for the Environmental Transport Association (ETA) said: “It is not yet clear how the law would define the harassment of a cyclist – the term may constitute vehicles being used to threaten cyclists with their cars, verbal abuse or passing too close when overtaking.”

The legislation moves to committee stage in January.

Road safety campaigners in Britain have long campaigned for no-fault liability – a principle that makes motorists financially liable for collisions with pedestrians or cyclists – only when the pedestrian or cyclist was proved to be negligent would the driver avoid paying compensation through their insurance.

No-fault liability, a system that currently works without problem in other areas of Europe, recognises that the drivers of faster, heavier vehicles have a duty of care and that if a pedestrian or cyclist is injured in a road traffic collision it can be difficult for them to accurately recollect the event.

The benefits of cycle insurance

Cyclists are not required by law to have third party insurance, but the cover is available for free with some insurance policies. In the case of an accident cyclists may need to seek compensation or even deal with a claim by someone else. Cycle insurance from the ETA includes new-for-old replacement, third party insurance, personal accident cover and if you breakdown, they will even come out and recover you and your bike.