There are a few basic ideas that form the bedrock of any civilised society. Among them are: the freedom of speech, the presumption of innocence; and, that if you own land, you can build on it.

Just think about it – if the present planning laws had been in place when Abraham Derby first smelt iron ore with coke three hundred years ago, Birmingham, Leeds and Manchester would still be small towns because they would all have had green belts placed around them. Most of London would not exist. The industrial revolution would probably not have happened here and Britain’s fourth empire (the only empire in history which always experienced mid-day somewhere inside it) would be about the size it is now. British society would be something like Sweden (some would say that would have been a good thing). 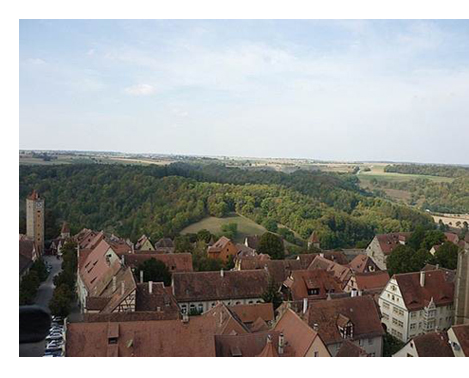 We should forget the current planning set up and begin again from first principles. You can build where you like. But what you build must be safe to use. I hope we can agree on that. What else? Well nothing much really.

You should have to gain permission to build. Permission should be gained from your local parish council – not some remote planning authority – and the parishes can say no to anything. They can be as nimby as they like.

However, the local parish council would have to provide wholesome housing for all its parishioners – at least for those who were born there.

Whilst it would be inefficient for the parish to provide jobs as well (governments tends to be lousy at it) it would be wise to insist that all parishes had as many workplaces in them as they had workers.

All buildings would have to be built as close to the parish centre as possible and the more visitors to a building – the closer it has to be to the centre. That marks the end of out-of-town shopping centres. Shops have many visitors per square metre so they would be built in the centre with houses on the edge.

Nothing can be built further than 800m from a centre – full stop; unless it is a mine, a farm, a road or a railway – in other words something that by its nature has to be located there.

Would this apparent laxity mean that Britain would be covered with housing? – no, for two reasons.

Reason one – only villages may be developed

Forget shopping ‘villages’ or places that put ‘village’ after their name – usually indicating that they are not villages. Just think of a village in the way that people have recognised them for over a thousand years. A village is the head settlement of a parish. All the other settlements, if any, within the parish could range from hamlets and estates to suburban sprawl or just single houses. See I knew you would understand.

So what is a parish?

A parish is the most local form of government. Every part of the country should be in a parish. Most urban areas are no longer arranged in parishes but that can be easily righted. Simply put back the parishes that existed before all the recent government reorganisations. Okay a little tweak is required in a few places but nothing onerous.

Parishes must be viable

They must have more than a couple of people in them and they must have more land than a tower block. I would suggest an area of about 10km2 – about the size of Tottenham – in fact most parishes are around that size anyway. Rather than say that a parish should have a particular minimum number of people, I would stipulate that a parish provides a minimum range of facilities. Let us say that a parish must have: a public telephone, a public loo, a post office, a shop, a place to eat, a pub; a place to borrow books; a hall for events; a place to stay; a primary school. They could all be in one building, maybe not the pub and the school – nothing grand but must they be serviceable. I would go further and say that a parish should ensure the availability of a constable, a fire fighter, a medic, a social worker.

Clearly at present many rural parishes are not up to snuff on these basic requirements. So they would have to amalgamate – choosing one of their number as the village. The remaining villages would be demoted to hamlets and by definition they could not have any development.

Reason Two – Local people are not disposed to allow development.

But that is fine. Years ago Abingdon was the largest town in Berkshire – in fact it was the county town. When the railways came, the powerful people of Abingdon made sure the railway was built as far away as possible. It was too late when they discovered that having a railway could help a town. Abingdon’s mistake became Reading’s chance. Reading became the country town of Berkshire and Abingdon is now no longer in its historic county having been transferred to Oxfordshire.

Given almost total control of their destiny many parishes will avoid the chocolate-box-approach village of so many today. With the replacement of council tax and business rates by a land tax, parishes would be made aware of the need to use their land well.

There would still be national parks, prime agricultural land, areas of special scientific interest, areas of outstanding natural beauty, conservation areas, listed buildings etc. By definition, green belts would spread across the country because there would be no building outside of 800m from a village centre.

So apart from that you can build what you like were you like – as long as your neighbours agreed with you.

There has been so much fuss regarding the national government’s proposal that I think I’ll have a read to see whether it cuts the mustard.