If we are to encourage more people to walk and cycle then we need to make them safer than they are today.

In terms of car danger – it is not the average driver that causes most concern but the careless driver. Someone who either does not care about other road users or who is simply not taking due care whilst driving. You only need one such driver out of a hundred to make the roads dangerous but, sadly, the proportion of careless drivers is quite high. 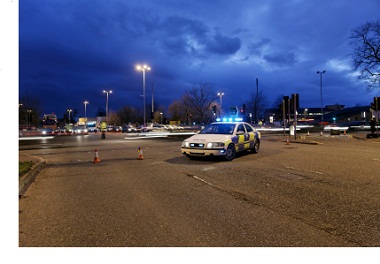 I was stopped by the police recently for not having my lights on at dusk. He said it was careless and I agreed with him. I think it is very careless to be spotted doing something wrong by the police. Although I had clocked the police car immediately, I had not noticed that my lights were not on because it was still quite light.

To make the roads safer we need the feeling that if we drive carelessly we will be spotted and treated appropriately. Perhaps sent on a training course or fined if persistent. To be spotted we need police on the road to do the spotting. To do that properly we need a specialised highway police force – funded directly by motorists. Ideally this force needs the power of arrest just like other forces, but given that such a suggestion is a bit radical for the other police forces to stomach, an extended version of the Highway Patrol, which currently maintains policing on our motorways, would do the trick.

The ETA recommended a separate transport police in 1993 and subsequently – mainly to ensure that there was an organisation focused on policing transport. County Constabularies have a wide range of issues to deal with and transport can be forgotten.

Britain has a tradition of only having one police force in a given area – unlike most developed nations. There is an understandable reluctance to introduction nationwide police forces. We are belatedly moving away from this model.

If we could remove red-light runners, amber gamblers and people who talk on mobiles (whether hands-free or not) whilst navigating junctions the roads would be far safer.