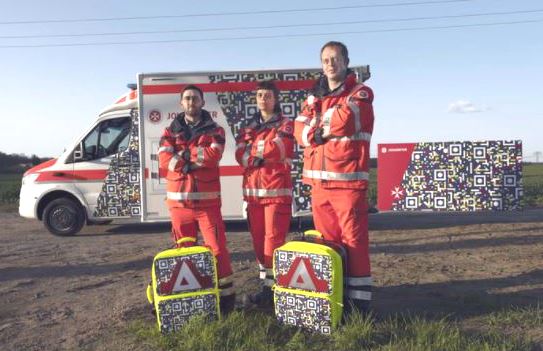 When the emergency services have their hands full dealing with a crash, the last thing they need is rubbernecking motorists causing another collision.

In an attempt to tackle this dangerous behaviour, rule 282 of the Highway Code now says people should “not slow down unnecessarily (for example if an incident is on the other side of a dual carriageway). Do not allow yourself to be distracted. You should focus on the road ahead when passing an incident because a lack of attention may cause a further incident collision or congestion.”

However, Highway Code guidance may not be enough to stop drivers slowing down to stare at crash sites. In fact, the widespread use of mobile phones has made rubber necking even more dangerous as motorists attempt to film emergency teams at work. The problem has prompted the German ambulance service to develop a novel response. Ambulances and the backpacks carried by paramedics are emblazoned with a QR code that when photographed by onlookers brings up a warning message.

This QR code brings up a message to dissuade rubber necking

Nearer to home, attempts to obscure crash sites from drivers travelling in the opposite direction have included the erection of 75 metre-long screens along the central reservation. More recently, Derbyshire police have taken to filming motorists in order to prosecute those who have been filming while behind the wheel. 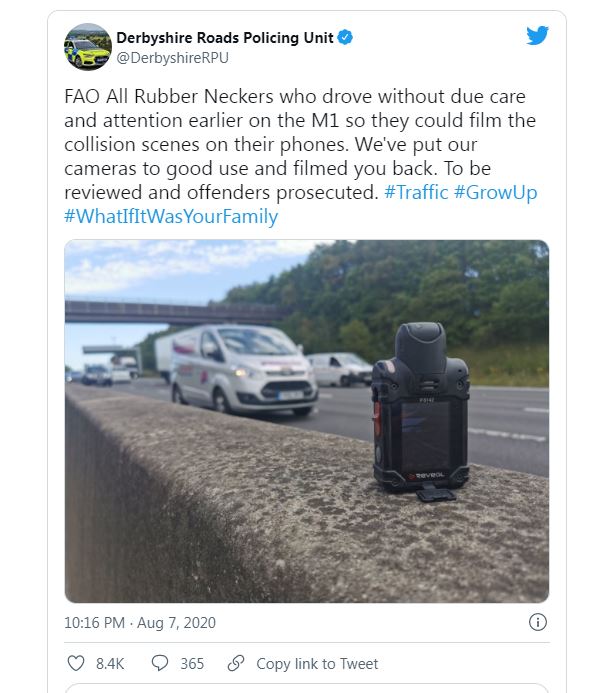 Let’s hope one of the measures outlined above puts an end to the dangerous practice of rubbernecking. As the German ambulance service QR code-generated message says, ‘gawking kills’.