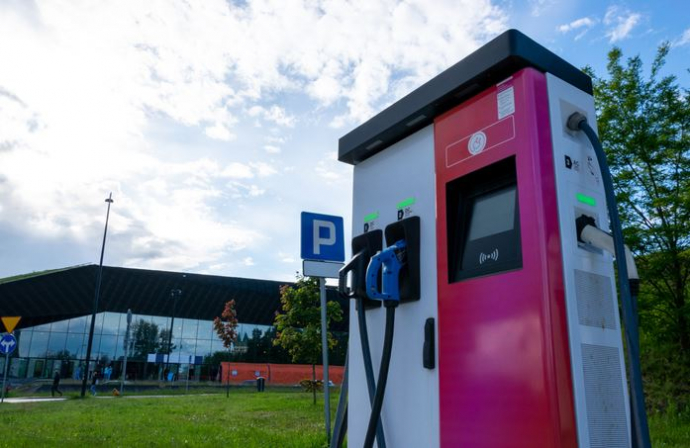 From next year, all new homes & non-residential buildings, including supermarkets and workplaces, will need to have a charge point installed under new legislation.

The announcement by Boris Johnson yesterday follows news that two thirds of local authorities have no plans to install EV chargers. A freedom of information request by electrical industry trade body ECA revealed that 66 per cent of local authorities do not have any plans to roll out electric vehicle charge points (EVCPs). With government plans to end the sale of petrol and diesel cars by 2035, the lack of charging infrastructure could prove a significant setback.

While most welcome investment in EV charging infrastructure, many question why so many other areas of transport planning are seemingly overlooked. The plans to provide electric car charging points in new buildings was reacted to with bemusement by those who feel the government has entirely overlooked the potential of electric bicycles and cargo trikes as a way of reducing pollution and road danger. After all, as pointed out by Twitter user @IsSaddleThels, every home in the UK already has charge points for e-bikes. 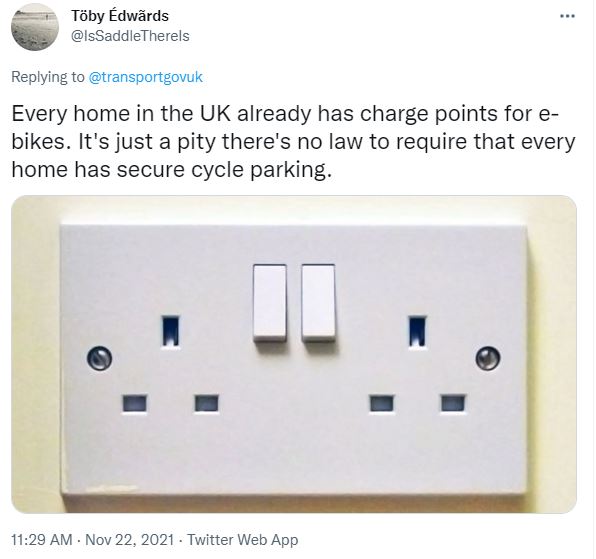 In the face of road danger, air pollution that kills over 30,000 a year, crippling congestion and an obesity epidemic that costs the NHS over £10bn a year, you might assume the government would jump at the opportunity to promote a clean and physically active mode of transport.

E-bikes may not be as environmentally benign as conventional bicycles, but battery-powered bikes offer numerous advantages over electric cars; Not only do they consume far fewer natural resources to build and run, but they occupy less road space, contribute very little towards road danger, create no tailpipe emissions and constitute active travel. Another key advantage is that these so-called pedelecs can be recharged from a household electricity supply so no need for the infrastructure that is slowing the uptake of electric cars. 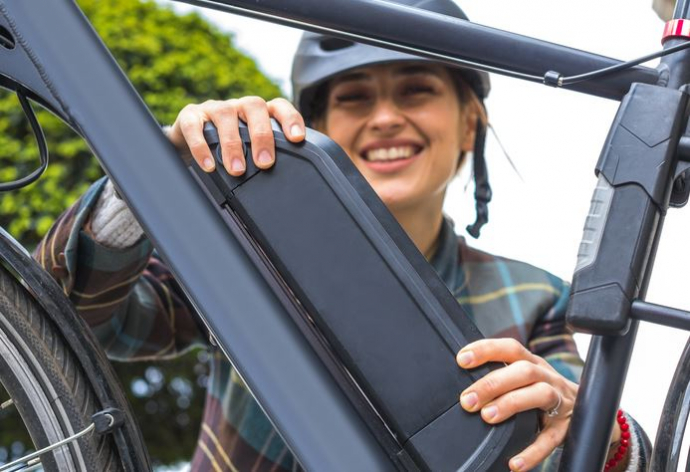 Make no mistake – for all the talk about cleaner cars and ‘sharing the road’ – the only way to deal effectively with air pollution and road danger and to promote liveable neighbourhoods is for there to be fewer cars on the roads.

Strange then that while the ‘plug-in car grant’ to encourage the uptake of electric vehicles offers £2,500 off the price of eligible new electric cars, but no such incentive is applied to e-bikes.