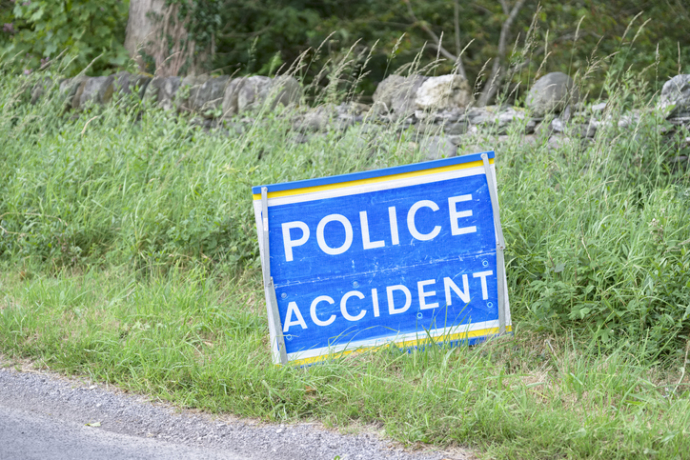 A driver doing 60 in a 30 zone who smashed into 6-yr-old boy has been filmed telling the arresting officer: “That’s a bit harsh. It’s a simple accident”.

The family of Noah Herring boy who suffered serious injuries in the collision has joined Cleveland Police to support a national awareness-raising campaign.

Noah and his father were cycling on a designated cycle path when the car driven by 24-year-old Harry Summersgill, who was under the influence of a cocktail of drugs, crossed two lanes of traffic before mounting the pavement and striking Noah.

Footage from Noah’s father’s Go Pro camera captured the entire incident and parts of the footage are being used by police to highlight the dangers of drug driving.

Another camera, this time worn by a police officer at the scene of the crash, recorded Summersgill  describing his arrest as “a bit harsh” and arguing the incident was little more than “a simple accident”.

Why do we describe road crashes as accidents?

Every 20 minutes someone is killed or seriously injured on British roads. Much of the reporting around these incidents portrays collisions as unavoidable, obscures the role of drivers or omits crucial context as to why crashes happen and what we can do to prevent them.

A new set of guidelines have been produced recently in consultation with road safety, legal, media and policing organisations and individuals, to supplement professional codes of conduct and support the highest standards of reporting in broadcast, print and online. In other words, journalists are being encouraged to be more accurate in their reporting.

If you accidentally spill coffee on your trousers, that’s one thing, but if a driver’s speeding car slams into a bus stop, killing a child in the process, it’s clearly different…so why does the language we use rarely distinguish between the two? While one can be dismissed as an accident, the other deserves to be described more carefully – nothing less than collision or crash will do.

After all, words are powerful. It’s the reason we avoid the term ‘road safety’, preferring instead ‘road danger reduction’, which far more accurately defines the challenge at hand.

When collisions occur on the railways, at sea or in the air, there are enquiries to determine their causes. Those responsible for piloting the planes, driving the trains or skippering the ships are suspended from duty pending the outcome and appropriate changes to systems, regulation or the law are implemented swiftly.

It’s not altogether clear why the same thing doesn’t happen following every road fatality in Britain, but until it does, let’s at least be mindful of the way we describe road danger.

When the media use the term ‘accident’, it implies the collision wasn’t preventable. The term ‘crash’ does not imply the driver is always to blame, it simply acknowledges that the matter deserves serious investigation and remedial measures to try and prevent it happening again. It’s an approach that has allowed other European countries to introduce a Vision Zero – a serious attempt to prevent all deaths on the road.

According to the new guidelines, journalists should also ascribe agency in their reporting by being clear it’s motorists doing any killing, not their motor vehicles.

Britain is a long way off implementing its own meaningful Vision Zero strategy, but choosing our words carefully when we describe road danger will be a meaningful first step.

Not only are we ethical, we campaign for sustainable transport. Sometimes that means protesting until a school gets the zebra crossing they’ve been refused, or running 60 roadshows to encourage people out of their cars, or fixing bicycles for free. We’ve been campaigning for sustainable transport for over 30 years. We launched Green Transport Week and helped establish Car Free Day and Twenty’s Plenty to name just a few. Supporting this work is easy – you simply have to take out insurance with us.

We provide cycle insurance, breakdown cover and mobility scooter insurance – all while putting concern for the environment at the heart of all we do.